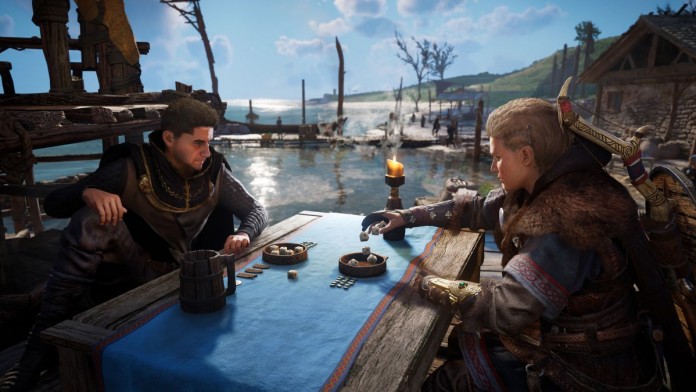 Assassin’s Creed Valhalla: Patch 1.4.1 will arrive in the next few days for all platforms and will serve to lighten the weight of installing the title in large quantities. Assassin’s Creed Valhalla will take up much less space on PS4, Xbox One, Xbox Series, PS5, and PC storage drives once version 1.4.1 is released. This update, scheduled for next week, will aim to lighten the weight of the application in both the hard drives of the last generation consoles and the SSD units of the next gen machines considerably.

According to the information shared by the company itself in the official Assassin’s Creed Valhalla forums, the patch will allow the game to be reduced between 13 GB and 44 GB, depending on the platform. Next we leave the resulting weight in each platform thanks to the installation of this version 1.4.1. Xbox Series X is the gaming platform that is gaining the most in this regard.

Assassin’s Creed Valhalla Breaks Records at Ubisoft; will be expanded in 2022

The success of Assassin’s Creed Valhalla has been such that Ubisoft will continue to expand the title with new content in 2022. We are talking about the second video game that has generated the most revenue in the history of the company, a title whose development found one of its main pillars in Barcelona , as we explained in this interview to the main team of Ubisoft Barcelona. “We plan to offer new and magnificent content for the second year of Assassin’s Creed Valhalla, especially in the second half of this fiscal year,” said the French company on the occasion of the presentation of financial results for the last quarter. We recently learned that Assassin’s creed has brought back former Valhalla Narrative Director Darby McDevitt.

Going into fiscal year 2022, Ubisoft is planning major releases, with video games such as Avatar: Frontier of Pandora, Skull & Bones and Mario + Rabbids Sparks of Hope. All of them planned for the period ending on March 31, 2023.