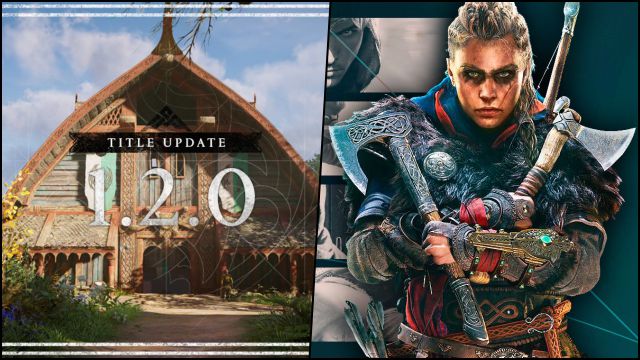 Ubisoft will release the game update patch this Tuesday, March 16, with a multitude of corrections and news. Confirmed time.

Ubisoft has confirmed that Assassin’s Creed Valhalla update patch 1.2.0 will be released this Tuesday, March 16 at 1:00 PM PST. Players of PlayStation 4, PS5, Xbox One, Xbox Series X | S, Ubisoft Connect, Epic Games Store, Google Stadia and Amazon Luna will be able to apply the patch, aimed at correcting errors and adding large doses of content; among them, the Ostara Festival, new skills, the arrival of the Transmog and more. We already know the weight of the discharge.

The three new abilities added are Loot Food, Raven’s Loot, and Fearless Leaper. On the other hand, a new camera option is added and balance changes are applied to guarantee a balance of the game, among other bug fixes reported by the community. The Transmog, the term used for the change in appearance, was one of the most popular requests in the game at its launch. It will now be available with differences from Odyssey. Next March 18 we will know all the details of the Ostara Festival, available until April 8.

Assassin’s Creed Valhalla is available in physical and digital format for PS4, Xbox One, PC, PS5, Xbox Series, and Google Stadia. The game has broken revenue records, the title that has billed the most in its premiere of the entire saga. More additional content will be coming soon.

The Office: Celso Portiolli Becomes A Scene Meme That Could Be...