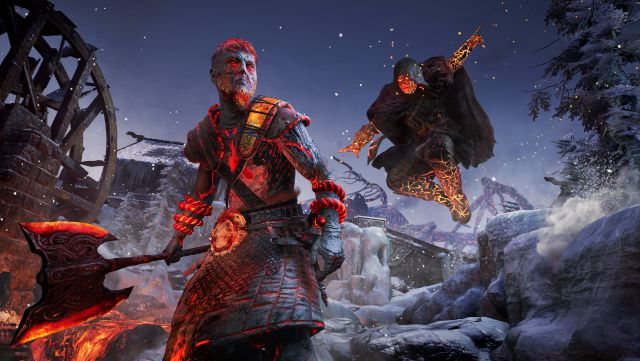 Assassin’s Creed Valhalla: In The Dawn of Ragnarök we can use supernatural abilities and powers never seen in the saga. Being a god has its advantages, especially when it comes to using certain divine powers. And if you are Odin, the great Norse deity, an almost unlimited potential stands before you, but also formidable rivals. Assassin’s Creed Valhalla prepares for its Year 2 content with The Awakening of Ragnarök, an expansion that Ubisoft have described as “the most ambitious” they have developed for the saga. In fact, in an interview with MeriStation, José Araiza, responsible for post-launch content, explained that this content will be seen and played differently.

On the new map, Araiza explained that “it is great”, a place of “giant castles and mountains”, where the influence of the elements will be crucial. He says that it “looks nothing like” what they have designed previously and that it has “a unique flavor”, because “not only does it look different, but it plays differently.” An example of this are the assassinations from the air, which offer a different approach from the moment in which Odin can turn into a raven: “We also have other abilities such as stealing powers from enemies or using an arrow that gives you teleports ”. Raising the dead to fight by our side is also a very palpable possibility.

Something that does not change: there will be stealth

Stealth is part of Assassin’s Creed DNA, so it is not an element to be sacrificed. The post-release content producer has said that this component is still part of the game no matter how much the mythological approach has taken over the production. In his words, despite being “a little more exotic”, they do not want to “betray the DNA” of the license.

Assassin’s Creed Valhalla: Awakening of Ragnarök will be released on March 10, 2022 for Xbox One, Xbox Series X, Xbox Series S, PS4, PS5, PC and Google Stadia. The content will not be sold within a season pass, but can only be purchased separately, at a price of 39.99 euros.