Home Entertainment Assassin’s Creed Valhalla | Ubisoft On Future Crossover Stories: “They Have To... 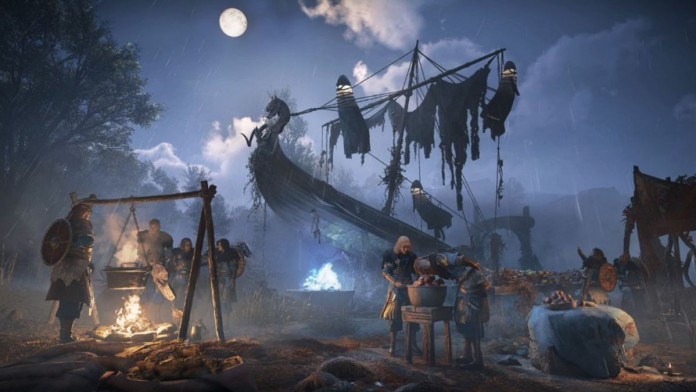 Assassin’s Creed Valhalla: The French company does not rule out future opportunities in this regard, but they will only do so if they do not force the situation. Kassandra is the protagonist of Assassin’s Creed Odyssey, an adventure that takes place several hundred years before the birth of Jesus Christ. However, due to what happens in the game, the Spartan meets Eivor (Valhalla) in the 9th century AD, all thanks to Assassin’s Creed Crossover Stories, two free events that will be available from December 14. In an interview with MeriStation, José Araiza —responsible for post-launch content— has not completely ruled out the possibility that more stories will be added in the future in this regard, but has pointed out that they have to fit.

“There are those that will be impossible to do because they do not fit within the chronology,” he recalled. It is not possible, for example, that Bayek de Siwa knows Connor, from Assassin’s Creed III, because by that date the Egyptian had already been dead for many centuries. “We know that all players have their favorite Assassin, that they are super fans of some, that they love them and that they adore them, so if we don’t do it right, it will look very bad. We don’t want anyone to be upset or feel belittled, ”he emphasizes. “For now we are doing this. Later, if we find other opportunities, I imagine we will take advantage of them ”.

Kassandra and her resemblance to Ranvi

In Kassandra’s case, it makes perfect sense because of what happens in the main plot. In addition, Araiza highlights another reason why the studio opted for this warrior: “Every time we saw Ranvi we thought of Kassandra. Obviously, the chronology is not that far apart. Thanks at the end of Odyssey we realized that there was an opportunity, that we can do it ”. Ranvi is one of the important characters in Assassin’s Creed Valhalla.

In the same way, Ubisoft is very clear that they have to respect the main elements of the brand. With the announcement of Assassin’s Creed Valhalla: Awakening of Ragnarök, the new expansion, it has become clear that the content will focus on the mythological part, which has been spiced up since the launch of Assassin’s Creed Origins. However, stealth is non-negotiable, since they do not want to betray the DNA of the saga.