Home Entertainment Assassin’s Creed Valhalla: These Are The Swords You Can Get In The... 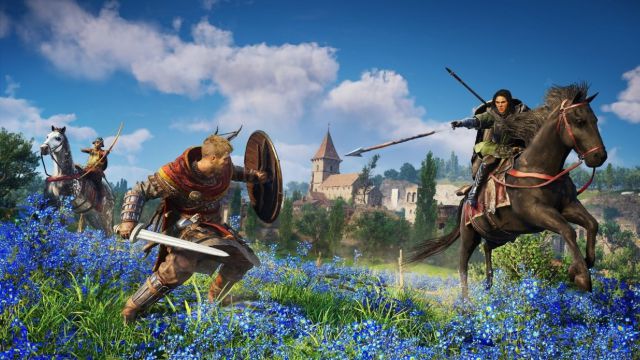 Assassin’s Creed Valhalla:  The Siege of Paris unravels the history of Eivor, who travels to Frankia in order to avoid a catastrophe in England.The Viking adventures of Eivor look to a new horizon. Assassin’s Creed Valhalla culminates its first season pass with a second expansion, this time set in 9th century AD Frankia. Built on the foundations of the Romans, Charlemagne’s heir makes and breaks at will. Meanwhile, our or our protagonist does everything he can to prevent Carlos III El Gordo from invading England. He won’t be able to do it without the right weapons, but no problem: players will have a chance to get several unreleased swords.

Through a Twitter post, the official Assassin’s Creed account has shown the four edges that you can find during The Siege of Paris. It’s about Durendal, Ring-Sword, Egbert, and Joyeuse, but where and how can they be obtained? Ubisoft itself has prepared an explanatory video, available in the tweet just below these lines.

If the base game already has hundreds of hours of content, players can now dive into two additional adventures. The Wrath of the Druids, the first expansion, leads us to beautiful Ireland, despite the fact that in those moments the war consumes everything. Deposed kings and contenders for the throne seek to seize power, while Eivor uses diplomacy and war skills to end the chaos. The Siege of Paris, now available, proposes a new journey in another territory, the old France. Beyond that, Ubisoft has announced another expansion that still has no name, as well as the Discovery Tour educational mode, which will be available for free.