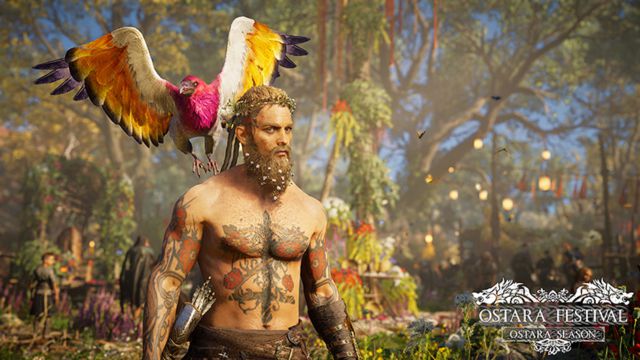 The Osara Season premiere has been accompanied by some performance errors, which have forced the interruption of certain activities.

Update 1.2.0. Assassin’s Creed Valhalla was recently released, a patch that adds a number of new content. This is the Season of Osara, another of the limited-time events that allows players to experience the different festivities of the Viking world. However, the players have detected errors, which in some cases lead to the crash of the game. Ubisoft has already recognized the problem and has posted a hotfix that temporarily disables some of the activities.

“We are aware of the increase in crashes in and around Ravensthorpe since we released the 1.2.0 update. Our team is working on a solution that should be ready sometime next week. We thank you for your patience “, they wrote in a first tweet, and then added that they have prepared a hotfix:” The decorations of the settlement will be temporarily eliminated and the Osara Festival missions that have to do with decorations will not be able to be completed. ” The studio continues to prepare a permanent solution.

Wrath of the Druids, first expansion

Assassin’s Creed Valhalla prepares for the new adventures of Eivor. The warrior will travel to new lands in her first expansion, Wrath of the Druids, where she will have to deal with the shamans of Ireland. This paid content can be enjoyed from April 29, so all those who have the season pass will have the opportunity to access that content from that date. It will also be available for purchase separately, at a price of 24.99 euros.

The story of Eivor will not be completed with Wrath of the Druids, as Ubisoft Montreal is already preparing the next expansion, the last paid content planned within the season pass. The character will leave the British Isles to participate in the siege of Paris.