Home Entertainment Assassin’s Creed Valhalla Takes Us To Ireland in The New Images Of... 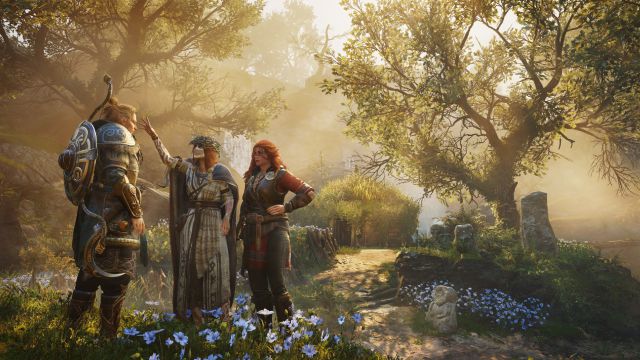 Assassin’s Creed Valhalla: Wrath of the Druids was scheduled for April, but the studio made the decision to delay its release by a few weeks.The Assassin’s Creed Valhalla Season Pass will give access to two expansions, in which Eivor’s story will continue to unfold. The Viking warrior will travel to Ireland to face multiple challenges, which will be mixed with the esotericism of an ancient culture. The Wrath of the Druids, the first expansion, has been shown through several images, which you can see below these lines.

It was the Twitter user @ALumia_Italia who posted these snapshots on his account, showing Eivor interacting with the druids. He can also be seen brandishing his weapons against supernatural creatures, while he witnesses the strange rites that are performed in those lands. Another interesting fact is that the expansion will occupy 12.57 GB on Xbox. Eivor’s goal will be to gain the influence of the Gaelic kings.

May 13 on consoles, PC and Google Stadia

Although the Wrath of the Druids expansion was originally scheduled for April, Ubisoft announced that it needed more time to polish the gameplay experience. Therefore, the title will finally be available from May 13. The Quebec study has recently recognized the issues that have occurred in the latest updates, so they will spend more time on each one. That means that the roadmap had to be modified.

Assassin’s Creed Valhalla is available on PS4, PS5, Xbox One, Xbox Series X, Xbox Series S, PC, and Google Stadia. The Eivor story will continue in a second expansion, The Siege of Paris. As its name suggests, the Viking clan will be present in Frankia (France), with the intention of conquering a new territory. It is still unknown when this content will be ready. Meanwhile, Ubisoft Quebec is also working on a number of free events, including an unreleased game mode.