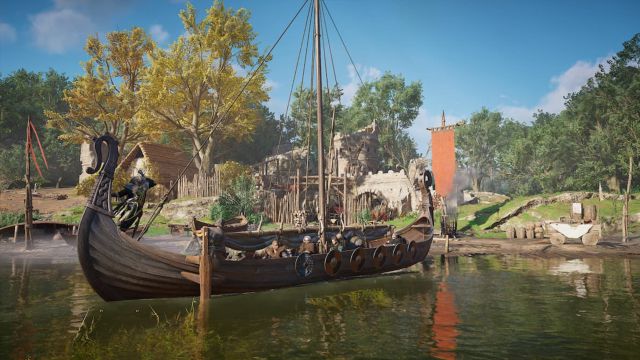 It is one of the new features of update 1.1.2, which is now available on all platforms. The new Ubisoft Montreal adventure continues to receive new content and improvements. The company recently unveiled update 1.1.2, which is now free to download on all systems where the game is available. River looting is one of the elements that have been added permanently, and that have been presented in a new trailer, which you can see on these lines.

So-called river raids introduce unique maps and rewards. These types of special raids do not affect the progress of the main game or alliances in England. The fundamental difference is that the player may temporarily lose his crew if he does not revive them during combat. In addition, a new longship is added, a completely customizable Viking ship exclusive to this modality. Can only be upgraded with resources obtained during river raids.

A new character has appeared

To access this content it is necessary to have completed one of the first two story arcs in England, as well as to build the barracks and recruit his lieutenant. Then they will find an NPC named Vagn, who together with his crew of Jomsviking looters will introduce us to river looting. From now on, he has to dive into new incursions.

Assassin’s Creed Valhalla is available on PS4, PS5, Xbox One, Xbox Series X, Xbox Series S, PC, and Google Stadia. Following the sales success, reflected in the financial results for the third quarter of fiscal year 2021, the French have announced that they will continue to nurture the game with content in the future, as they see it as a long-term product.

Eivor’s story will continue to unfold throughout the next two expansions, which are included in the season pass. We will travel to the land of the Druids and participate in the invasion of Paris. These new contents still do not have a specific release date.