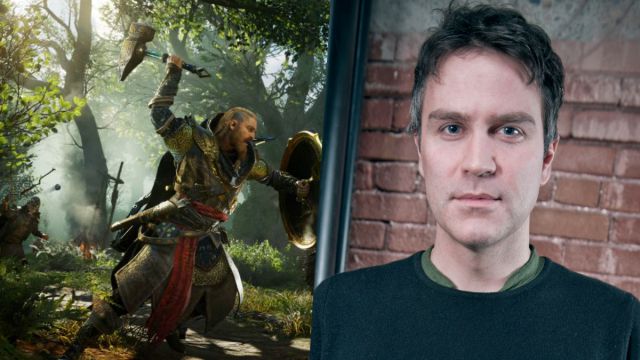 Darby Mc Devitt has spent years focused on the assassins saga, but he will seek a new destination away from the French company.

Darby Mc Devitt has announced his goodbye from Ubisoft Montreal, a studio where he has been working for more than 10 years. The creative himself has announced it through social networks, where he has confirmed that after taking charge of the narrative direction of Assassin’s Creed Valhalla, the most recent installment of the saga, he has decided to embark on a new professional adventure, although he has not yet revealed his Next destiny.

In a post on Twitter, which is accompanied by an image with a good handful of business cards, he has written the following: “Today is my last day at Ubisoft Montreal! After a decade of working with brilliant people, creating stories and characters for an incredible series and interacting with our wonderful fans, I have decided to embark on a new adventure. ” Mc Devitt has thanked fans and content creators “who have supported and expanded” Ubisoft’s work throughout all these years.

The official Twitter account of the saga has not missed the opportunity to say goodbye with a thank you: “Thank you, Darby Mc Devitt, for his immense contribution to the brand. The stories and characters you have created will always be loved by the Assassin’s Creed community. May the winds be favorable for you on your next trip ”.

Assassin’s Creed Valhalla, released in late 2020, still has a few stories to content. The first of the expansions, Wrath of the Druids, will be released this April 29, while The Siege of Paris will arrive later.

IVE Jang Wonyoung Criticized For Eating Pizza THIS Way — Why...