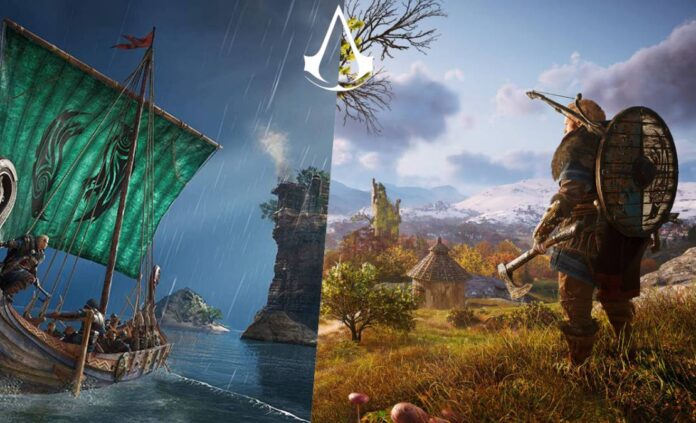 The developers have listened to the criticism they received with Odyssey and have preferred offering a less extensive title.

More is not always better. This is a lesson that video game companies have not finished learning. Neither do some players, who think that all new titles have to be bigger than all of the above. Looking at the gallery, it is better to say that your product has a map of thousands and thousands of square kilometers, but the problem is to fill that vast extension with mechanics and content that do not feel repetitive. I’m not one to complain about Assassin’s Creed Odyssey, a title that I still continue to play on a regular basis. However, I appreciate that Ubisoft has decided that its next video game, Assassin’s Creed Valhalla, is not as extensive as the previous one.

At least that says Malek Teffaha, head of communication for Ubisoft in the Middle East: “For the record, it is not going to be the longest or longest game in the series,” he wrote in a tweet. According to their message, they have not turned a deaf ear to the feedback from the players, something that Ubisoft usually take very seriously (and if they do not tell Ghost Recon: Breakpoint, a product that has improved based on the interests of community).

I do not want to mislead. I am sure the new from Ubisoft Montreal (and 14 other collaborating studios) will be great, very big. Its conception as an RPG adventure in an open world remains unchanged. Anyway, it depends on how they put it. It is possible that some elements that could be made repetitive in Odyssey may be better filed in Valhalla. Because any video game that lasts tens of hours is in danger of falling into tedium, of the cardboard being seen, so to speak, since even the freshest and most fun mechanics can become leaden with the passing of the hours.

Any video game that lasts tens of hours has the danger of falling into tedium, of the cardboard being seen.

From my point of view, one of the successes of the previous game is that it knew how to cover the secondary missions of narrative. It is true that not all the stories were equally interesting, but there were some that managed to color the character correctly, offering data that completed the protagonist (or the protagonist, for whom they chose Alexios instead of Kassandra). The influence of The Witcher 3 is at that point very palpable. However, I understand that for a part of the community, Assassin’s Creed Odyssey was huge and almost overwhelming.

What tires me is this desire to do great things to be done, without any sense. In part, it is understandable, considering that there are users who disdain short titles and value their worth based on the time it takes to complete them. All this must be analyzed in the context of the current video game. Yu Suzuki, legendary creator of sagas like Out Run, Virtua Fighter or Shenmue, said that although open worlds are in fashion, he would like to do something more limited in the future, improve other aspects within a smaller world .

What tires me is this desire to do great things to be done, without any sense.

I don’t think open worlds are the problem itself. Many titles in this style have provided valuable lessons that have helped take firm steps. The new generation of consoles will also have something to say about it, not only in visual terms, but also in improvements such as the speed of loading times.

And yet, balancing the size of the map and the mechanics that the video game offers are subjects that studios should take into account. It remains to be seen in which direction Assassin’s Creed Valhalla will move, but if Ubisoft Montreal manages to polish the formula at the expense of parcels of land, perhaps we are facing an even more rounded product. More is not necessarily better.

Frida Kahlo Museum Opened to the Internet for 24 Hours

Mark Cuban Not Hopeful About The Future Of Bitcoin