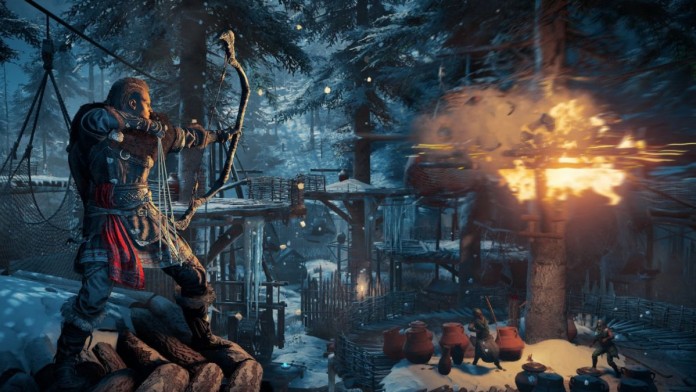 Assassin’s Creed Valhalla: Ubisoft Montreal’s title has become one of the most successful in the series, so it will receive more expansions. The age of the Vikings is not over. Following the release of the free Discovery Tour: Viking Age expansion, the educational content for Assassin’s Creed Valhalla, Ubisoft is shaping up a second year of adventure for Eivor. There is a new confirmed story DLC, but the trophies have hinted at the existence of a new piece of content: it is The Tombs of the Fallen, as reported by Access the Animus on Twitter.

It does not point to a future expansion, but rather to a type of content to complete, since the trophies confirm that when exploring one of these tombs you will get one of them (Spelunker), while if you finish three you will get another (Crypt-ologist) .

A new set of trophies has been added to #AssassinsCreed Valhalla and it seems to involve an upcoming piece of content called "Tombs of the Fallen"!

Considering it involves at least three tombs to explore, could this be the official name for the Odin Runes dedicated content? pic.twitter.com/uSDIyAlx19

The most recent information from Ubisoft was obtained during the financial report for the second quarter of fiscal year 2021, in which they not only congratulated themselves on the commercial success, but also advanced their intention to continue building more stories set in the world of Assassin’s Creed Valhalla.

“We plan to deliver great new content for the second year of Assassin’s Creed Valhalla, especially in the second half of this fiscal year,” they commented. Throughout this year, developers have released free and paid content, such as updates, temporary events or the Wrath of the Druids and The Siege of Paris expansions.

Assassin’s Creed Valhalla takes the player back to the 9th century AD, a time when the Order was already established. Eivor is one of the members of the Raven Clan, who is forced to leave his native Norway to find a new home in England. There he will establish alliances and fight against kings and aspirants to the throne, while using diplomacy to achieve his goals.