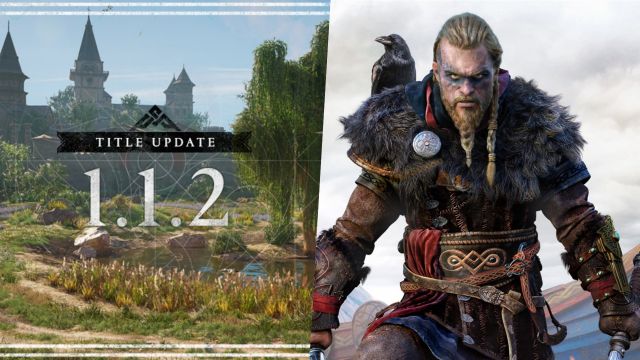 Assasin’s Creed: Valhalla fixes and adds a multitude of elements in its update 1.1.2, available on February 16 on PS5, PS4, Xbox and PC.

Assassin’s Creed: Valhalla receives update 1.1.2 on PS5, PS4, Xbox Series X | S, Xbox One, and PC. It will arrive on February 16 at 1:00 p.m. CET. Its size amounts to almost 20 GB in the new generation version of Xbox and PC, while in PS5 the download is only 11.18 GB. In the case of Xbox One and PS4, it will download 15 GB and 10 GB, respectively. Among the changes and additions, the inclusion of a new game mode stands out: River Looting.

Looting is part of the new season of Yule, a “high replayability” mode that will take us “to unexplored regions of England”. We can expect new equipment, rewards, and challenges for the clan.

Eivor will have new active and passive abilities at your disposal, such as the ability to automatically carry a body after a kill, knock out enemies while running, or start a fight with a full adrenaline rush, among others. A multitude of quest and interface issues have also been fixed. Here we leave you with some of the most important points.

Removed diamond rune holes from any piece of gear other than the torso. Those entered will be returned to the player’s inventory.

Fixed an issue in photo mode where terrain was not rendered when moving the camera.

Fixed an issue where the game could crash while loading when entering the save / load game menu.

First Free Game of June Announced for PlayStation Plus