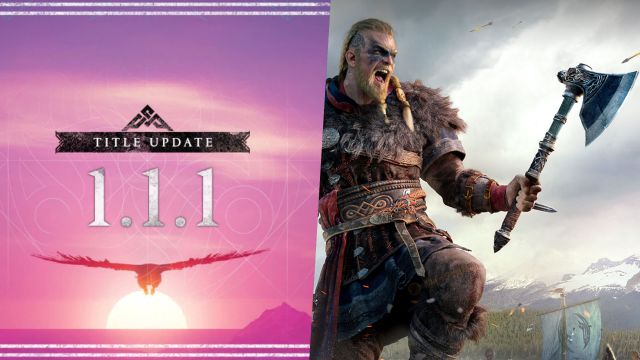 Ubisoft releases Assassin’s Creed: Valhalla update 1.1.1 on all platforms where it is available. After hosting the Yule festivities in December, the Eivor starring adventure heads into 2021 with a patch full of fixes. Performance and stability improvements have been added to the game. Fix “various” graphical glitches related to animations and NPC clipping. In addition, the study corrects errors seen during these weeks in the behavior of artificial intelligence.

We must highlight some features included. For example, now the Xbox and PlayStation controller will have force feedback when pressing the trigger while shooting with the bow. Ubisoft Connect achievements will be supported in-game from now on. They work in a similar way to what was seen in the previous service: there will be unique unlock achievements (such as completing story missions) and other repeatable ones that will count towards the total progress.

Assassin’s Creed Valhalla update 1.1.1 is scheduled to be released at 13:00 CET today, January 14, 2021. Download weight varies depending on the platform you are on:

Below we select several of the highlights from the full notes.

Players will be able to wake up at any time upon entering Asgard. Before you had to complete the first mission.

See Also
The Siege of Portchester from Assassin’s Creed Valhalla

Daily missions will now restart when the game detects that it is not possible to continue or restart the mission. The mission can be reactivated from the informant.

Rebalanced the initial damage done by impaling the hook at levels 1 and 2.

Fixed an issue where Raven skins could appear in low resolution.

Fixed several places where the player could end up stuck.

Fixed a bug where the guards would sometimes not react hostilely when they saw Eivor burn members of his faction with oil vases.

Fixed an issue preventing players from fast traveling after patch 1.0.4.