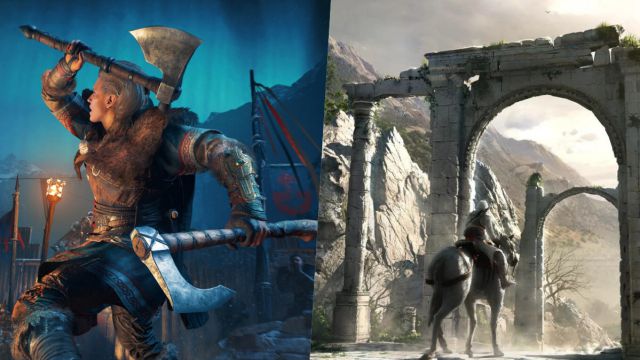 Assassin’s Creed Valhalla: Raphael Lacoste says goodbye to embark on new professional adventures and says goodbye in a heartfelt Twitter message. Ubisoft loses another of the fundamental pieces of its assassin saga. Raphael Lacoste, who has been with the company for more than a decade, has announced that he is leaving. The creative has been present in many of the series’ titles, including the most recent, Assassin’s Creed Valhalla. Through his personal Twitter account, the developer has confirmed that it is his intention to look elsewhere for his next challenge.

“Good morning everyone,” he says. “Not without emotions, I have to tell you that after 8 Assassin’s and 16 years at Ubisoft, I have decided to hoist the sails and embark on new adventures and challenges.” The Twitter thread continues with two additional messages: “I would like to thank from the bottom of my heart the wonderful community and the incredible talents that I have had the opportunity to collaborate with during these wonderful years.”

Lacoste has also mentioned the company itself. “Thank you very much to you, too, Ubisoft, for your trust and the fantastic projects we have brought to life together. Goodbye for now, these years will continue to be unforgettable. ”

Raphael Lacoste first worked on the Prince of Persia games published by Ubisoft, then went on to develop various titles in the Assassin’s Creed series, including the original. Since then, he has been featured in Revelations, Black Flag, Origins, and Valhalla. Ubisoft Montreal is thus left without another of its key creatives. Eric Baptizat, director of Assassin’s Creed Valhalla, has been one of the latest outings, as he has just joined EA Motive, the studio behind Star Wars: Squadrons. In addition, after workplace and sexual harassment cases were uncovered, several developers such as Ashraf Ismail left or were fired.

Eivor’s journey in Assassin’s Creed Valhalla is not yet over. In addition to the second season pass expansion, The Siege of Paris, Ubisoft is preparing a second year of content for the game, available on PS4, PS5, Xbox One, Xbox Series X, Xbox Series S, PC and Google Stadia. Beyond that, the Montreal and Quebec studios are collaborating on the next project, Assassin’s Creed Infinity, which will be a kind of platform.

Game of Thrones: What Real Life Event Inspired the Battle of...