Home Tech Assassin’s Creed Valhalla is the way, albeit with some ‘buts’ 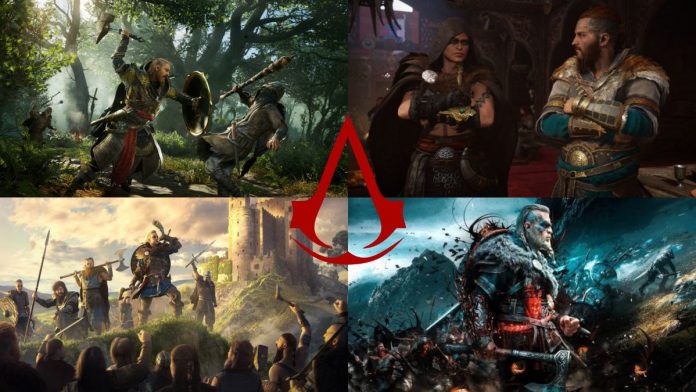 The title developed by Ubisoft Montreal delves into its RPG side, but continues to neglect artificial intelligence, stealth and other aspects.

A few months have passed since I wrote the analysis of Assassin’s Creed Valhalla, the new installment of the star series from Ubisoft. Since then, I have had time to go back and reflect on some specific elements of the video game. In the maelstrom of embargoes and reviews, the time to mature ideas is not always enough, and although I remain faithful to what I reflected in the text of last November, I would like to highlight some specific aspects.

I said in criticism that the world event system had not convinced me at all, since I perceived that nothing they told added much to the main argument. However, I missed something important. And it is that despite being small stories, many times funny, other times more tragic, they provide a certain variety to the whole, a kind of escape route within an experience that has several layers and that can be overwhelming. In Assassin’s Creed Odyssey, the secondary tasks were solved in practically the same way, passing by the sword to the soldiers of the fort on duty; in Valhalla, these events provide the player with different resolutions, variety after all. Therefore, they alleviate a set that can be dense due to the duration and number of main missions that have been implemented.

Ubisoft Montreal and all the teams that have participated in the development of this installment have followed the scheme of Origins and Odyssey, that is, to design an open-world adventure full of role-playing elements. The formula works and allows the player to immerse themselves in a universe rich in detail, always wrapped in a narrative blanket that addresses both past and present events. It is true that the sections set today have lost packaging with respect to more classic deliveries, although we must recognize the effort when it comes to recovering the lore of the saga.

Beyond history, this blockbuster continues to drag mistakes from the past. Some of them date back to the first installment, such as artificial intelligence. One of Ubisoft’s goals in the new generation should be to completely redefine the AI ​​of allies and enemies. I understand that in a world as gigantic as Assassin’s Creed Valhalla, controlling so many items on screen has to be devilishly difficult. And even so, it is difficult for me to understand that in the last installments the allies continue to run over every NPC that crosses their path with their horses. Give them a break, they have enough with the war.

Coupled with the problem of artificial intelligence, the stealth mechanics do not finish to curdle. The options have been reduced compared to traditional titles, where the player had an arsenal of gadgets and options. That is not the main problem, but the joint operation of all those mechanics, the staging of the different options. Sometimes soldiers detect you from far distances; others do not see you even if you have them in front of their noses. In the blink of an eye, the entire camp finds out about your presence and the carnage is served. Sword over here, ax over there, and another head rolling on the ground. In my case, I rarely feel with control in my hands. At the controls, I feel the opposite feeling to when I play Dishonored, where stealth is measured down to scratch. Reaching Arkane’s level of mastery is not an easy task, but I am not asking that of Ubisoft either: my wish is that they give it a spin and that stealth is not reduced to pressing a button behind the enemy to kill him; Nor is it enough to whistle at them in an area of ​​tall grass to attract their attention.