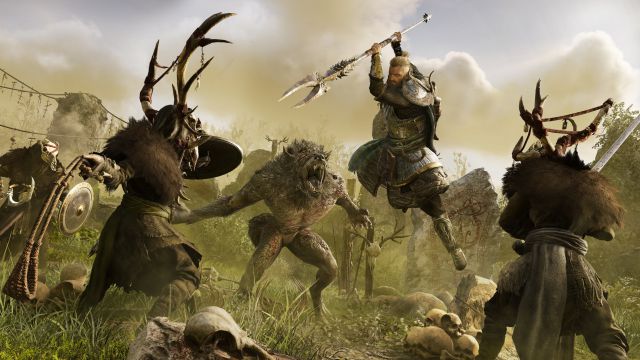 Assassin’s Creed Valhalla: Wrath of the Druids will be available on May 13 to tell a new story starring Eivor. The Assassin’s Creed Valhalla expansion plan will release its first content very soon. Wrath of the Druids is the first major story DLC that is included within the season pass, although of course it can be purchased separately. It will be available from May 13, a little later than originally planned, as it was delayed a few weeks. To open your mouth, Ubisoft has just published the first trailer in Spanish, which you can see in this news.

Eivor, the protagonist of the main video game, continues with his adventures, although this time he will travel a new map. He will travel to Ireland to discover new lands. In an unstable territory full of kings, the Viking must convince the Gaelic kings. At the same time, he must face a darkness that looms over the place like a shadow. Can he stand up to the Druid cult and emerge unscathed?

The Siege of Paris, the next expansion

Wrath of the Druids isn’t the only content coming soon. In addition to the various updates, which add missions and more free events, Ubisoft Montreal is working on a second expansion, this time set in the old Frankia. This is The Siege of Paris, which to this day still does not have a set release date.

Assassin’s Creed Valhalla went on sale last November on PS4, PS5, Xbox One, Xbox Series X, Xbox Series S, PC, and Google Stadia. The game has been optimized specifically for the new generation, so that it not only incorporates graphical improvements, but also works with better performance, at 60 fps. The French company has opted for a role-playing structure, like the two most recent installments, Origins and Odyssey. On this occasion, we are going to the Middle Ages, a time in which pagans and Christians mix and fight each other.