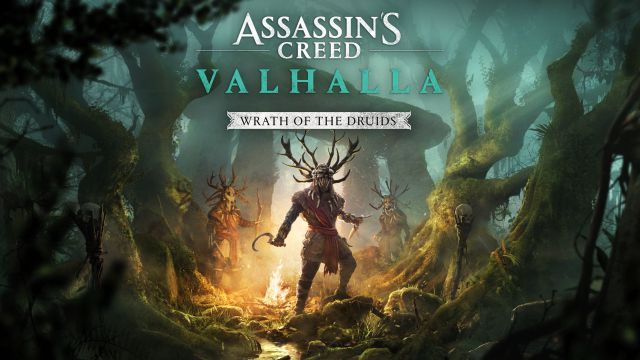 The Wrath of the Druids will take Eivor to Ireland, where he will have to unravel a mysterious Druidic cult.

The roadmap for Assassin’s Creed Valhalla continues as set out in its Season Pass. Ubisoft Montreal’s production will expand with new story content, including its first expansion, Wrath of the Druids. In a press release, the gala editor has announced that it will be available from April 29. Those who have the season pass will be able to access the content automatically, although it can also be purchased separately, at a price of 24.99 euros.

Wrath of the Druids will star Eivor, who will travel from England to Ireland to uncover the mysteries of an ancient Druidic cult. He must follow the tracks of all its members and immerse himself in Gaelic myths and folklore. Enchanted forests and dreamlike settings surround the reign of the Gaelic kings, whose influence we will have to expand.

Assassin’s Creed Valhalla has just started the Osara Season, a game event that will run until April 8. It is located in a special area of ​​Ravensthorpe, with various activities related to Easter. They are as follows:

An activity to decorate the settlement.
Drinking, fighting and archery competition minigames.
Three new character missions: Eivor will be able to participate in the Egg Hunt and the celebration of The Queen of May, or protect the settlement from the spirits of the night.
Three new abilities: Fearless Leap allows Eivor to fall on his enemies as he attacks them, while Raven Pillage and Food Steal increase his effectiveness in ranged or melee combat.
Exclusive rewards, including settlement decorations and customization items.
From now on, players will be able to change the look of Eivor with visual customizations, without modifying equipment or armor stats.

Starlight lacks only 1 power after the third season of “Boys”