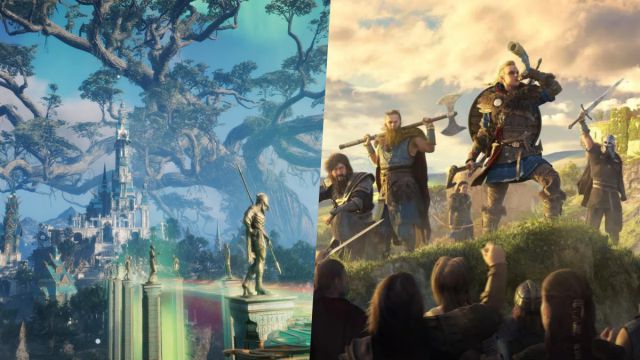 Assassin’s Creed Valhalla: The data, which has been taken from the most recent patch, suggests the name Dawn of Ragnarök, although Ubisoft has not made it official yet. Inside the code of the games and their updates are hidden data, details about possible new content and forbidden information, which is not always made real. It is not and will not be the last time that a company enters false information to keep another secret, but Assassin’s Creed Valhalla seems to have something to say about it. A well-known leaker (j0nathan) has dug into the files for the latest update and found information that appears to be tied to its next expansion.

What we know officially is that Ubisoft Montreal is already working on a second year of content, which will include at least one large paid expansion, in the style of Wrath of the Druids and The Siege of Paris. What this dataminer has found is what appears to be the expansion name and trophy list. According to this information, Dawn of Ragnarök is the name of this story content.

Where will the new expansion take place?

In addition to the name itself, the data suggests that the story will take place in the dwarf world of Svartalfheim, a location that contrasts with the clues that Ubisoft has been leaving, which point more to Muspelheim. However, the forces of this fire realm are planning to invade Svartalfheim in this expansion, and all of this will lead to Ragnarok …

The list of trophies is not too subtle, because it talks about completing “all the territories of Svartalfheim” or discovering “all the dwarven refuges”, as well as “fully upgrading the Bracelet of Odin”.

Assassin’s Creed Valhalla is available from November 2021 on Xbox One, Xbox Series X, Xbox Series S, PS4, PS5, PC, and Google Stadia. The game was recently updated with a new free mode for all players, Discovery Tour: Viking Age, a playful and educational approach to the history of the time.

Letterhead In Word: Learn How To Do It