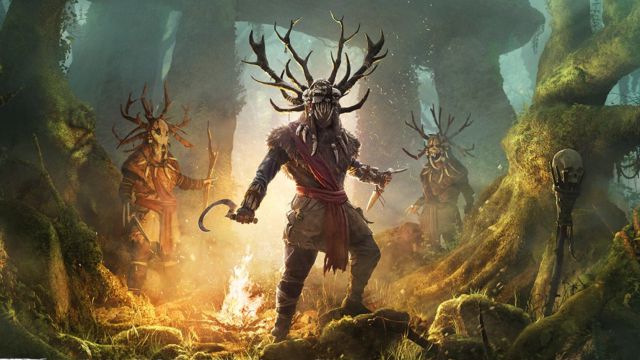 Assassin’s Creed Valhalla: Ubisoft needs a little more time to finish the development of this great expansion of the title content, they say in an official message.Ubisoft has decided to delay Assassin’s Creed Valhalla’s first major expansion, Wrath of the Druids, until May 13. Initially scheduled for next April 29, the studio in charge of the development needs that couple of weeks to leave everything perfectly prepared for a new trip in the Viking universe of the work.

The information has been shared through a message posted on Twitter. Soon they will explain in more detail the reasons surrounding this decision with “transparency” for the entire community. “To offer you the best gaming experience, Wrath of the Druids will be available from May 13,” Ubisoft said in the statement. “We are working on an article to offer transparency and share the development process that we are doing.”

What can we expect from Wrath of the Druids?

Assassin’s Creed Valhalla’s long-awaited Wrath of the Druids expansion will be the game’s largest content expansion to date and one of the most ambitious DLCs in Ubisoft’s current modern, more role-oriented trilogy. Part of the Ostara Season, it comes in between the Ostara Feasts (limited event) and the Mastery Challenge, a new game mode that will arrive for free later this spring.

The Wrath of the Druids will have Eivor as the protagonist, who will travel from England to Ireland to discover the mysteries of an ancient Druidic cult. He will have to follow the tracks of its members and explore all the myths in Gaelic folklore. Beautiful scenery, enchanted forests and a multitude of hours of adventure await us.

“Explore and trade within the mystical beauty of Ireland as you win the favor of the Gaelic kings and take on the druidic sect of the Sons of Danu,” the team says. This expansion will be available for standalone purchase or as part of the Assassin’s Creed Valhalla Season Pass.

In the future we will have a second expansion, The Siege of Paris, where we will relive the most ambitious battle in Viking history. Likewise, The Legend of Beowulf later in time.

Biomutant Listens to Criticism: It Will Be Updated With a Patch...