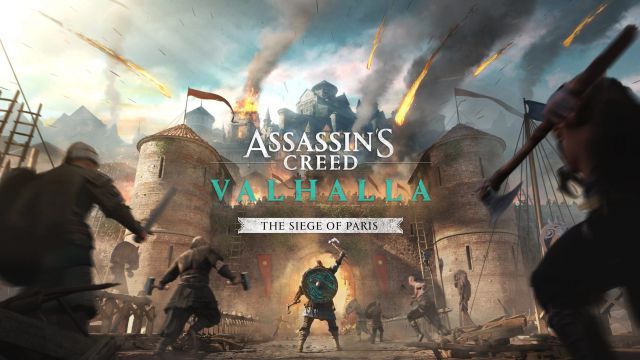 Assassin’s Creed Valhalla: The Siege of Paris is scheduled for August, but a patch with new features will arrive before its release.

Ubisoft has confirmed that the launch date of The Siege of Paris will be August 12 and not 5, as Microsoft Store had anticipated.

Ubisoft is working on an update for Assassin’s Creed Valhalla that will allow to eliminate and regulate the automatic leveling of enemies. If all goes according to plan, the patch will be available for download in all versions starting July 27. A few weeks later it will be the turn of the second major expansion of the video game, The Siege of Paris. When exactly? On August 5, always according to the screen that has been leaked from the Microsoft Store in Italy. Shortly after, the message has been deleted, so we will have to wait until the company decides on it.

The French company, at the moment, has not announced the date officially, although the publication of a previous update usually prepares the video game for future content. Also, the Microsoft Store leak adds some information about the content. “Sail to the war-torn kingdom of France and lay siege to the fortified city of Paris. Fight against the merciless forces of Carlos El Gordo and form strategic alliances to safeguard the future of your clan ”.

The official synopsis that can be found on the Assassin’s Creed Valhalla website reminds us that we will live a key moment in history, in which Eivor will have to infiltrate the city of Paris to star in a prolonged siege that will start on the river itself. Sign. The Siege of Paris is part of the season pass, which also includes the first expansion, Wrath of the Druids.