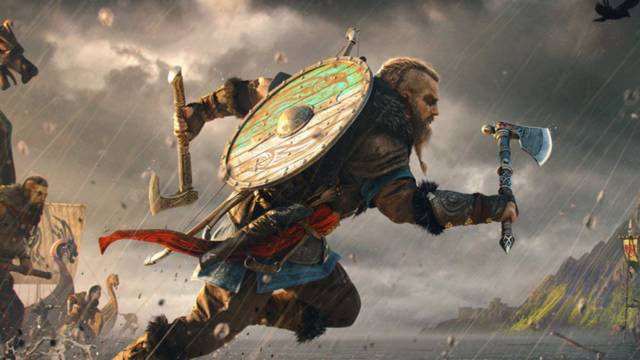 Ubisoft signs the best quarter in its history driven by the excellent results of the latest installment of Assassin’s Creed. Future for this installment.

Assassin’s Creed Valhalla has allowed Ubisoft to sign the best quarter in its history in the period between the months of October and December 2020. The company led by Yves Guillemot has presented the financial results for that period reflecting a state of health of records for the series of the assassins creed, because we are facing the best record in history at the level of income of the entire series at its premiere.

Although they have not transcended units – Assassin’s Creed III holds, according to official data from the company itself, the largest launch in sales of the license with 12 million units in its first months – Valhalla has allowed Ubisoft to become the second publisher who has sold the most games in the new generation of machines. Where they don’t beat Assassin’s Creed Valhalla is in digital sales. The market now presents a higher percentage of revenue from the digital market (1,243.8 of the 1,755.7 million this past quarter at Ubisoft come from that department) and there this new iteration of the series leads by far.

During the presentation of the results, according to Twinfinite reports in parallel, Ubisoft has declared its intention to maintain this great moment of form with a roadmap “significantly stronger in terms of post-launch content”, which leaves the doors open to new DLC both free and paid. We will know more details soon.

See Also
Assassin's Creed Valhalla is the way, albeit with some 'buts'

Assassin’s Creed Valhalla, Watch Dogs: Legion, and Immortals Fenyx Rising were the company’s top three releases last quarter, ranking among the top seven best-selling games for PS5 and Xbox Series X | S. With that data, they are the second most successful publisher in the new generation of consoles.

The post-launch content schedule for Assassin’s Creed Valhalla now continues to offer spin-off stories already known from the Season Pass. Starting with Wrath of the Ruids this spring and continuing with The Siege of Paris sometime next summer.

Flash Player has its execution blocked from today