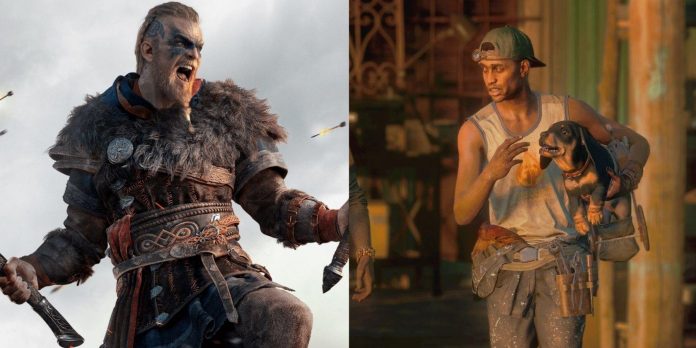 French developer Ubisoft has made a name for itself in the gaming world thanks to its collection of open-world franchises that have defined the genre. Of the many series offered, Assassin’s Creed is perhaps the most recognizable. It started in 2007, and since then the series has taken gamers to all corners of the world, including Egypt, Italy and France, to name just a few. Next to Assassin’s Creed is Far Cry, a first-person franchise that combines exploration and survival gameplay with high-adrenaline action. As in Assassin’s Creed, Far Cry takes place in various locations around the world, and Far Cry 6 takes place on Yara, a fictional Caribbean island.

Both franchises have sold millions of copies, so it’s not surprising that Ubisoft has invested heavily in them, and gamers regularly expect new releases. However, the reception of Assassin’s Creed Valhalla and Far Cry 6 shows that this may not always be the best strategy. While supporting franchises that have enthusiastic fans is good, oversaturation can also be bad.

The Dangers of Franchise Fatigue

When games have hot fan bases, they usually almost continuously chant the continuation, and then the continuation of this continuation. However, releasing too many games in a short time can have negative consequences not only for gamers, but also for developers. One of the main problems is that, although video games are a commodity, they are also an art form, and creating good ideas takes time. This is not always a process that can be reliably fixed in the schedule, and stressful conditions can often hinder creativity. Consequently, series that strive for annual or regular releases sometimes suffer from a lack of innovation.

When this happens, the franchise can suffer from what is colloquially called “franchise fatigue”, when each new release feels like a boring repetition of the previous one. Game developers understand this phenomenon, and some of them have realized the damage it has done to their franchises. As reported earlier this year, Activision Blizzard may miss its typical annual Call of Duty release for 2023 due to the fact that the recent entry did not meet expectations. Therefore, although gamers will enjoy Call of Duty: Modern Warfare 2 in 2022, the sequel may not appear until 2024.

Perhaps this phenomenon is behind the lukewarm criticism received by both Assassin’s Creed Valhalla and Far Cry 6, the latest games in their respective franchises. Although Assassin’s Creed Valhalla was by no means criticized, reviewers repeated the opinion that the game did not bring enough novelty. For example, GameRevolution notes that there was an overwhelming sense of familiarity, while Hardcore Gamer notes that although the game is good, “there may be some who, after spending more than 200 hours going through Origins and Odyssey, burned out on this format.” Far Cry 6 faced similar criticism upon release, and the criticism may have been more harsh. Screen Rant notes that while the game provides reliable entertainment, it “cannot shock anyone who is familiar with its tried and true formula.”

How Ubisoft Can Save Assassin’s Creed and Far Cry

It is clear that Assassin’s Creed and Far Cry are favorite franchises, and they should not be abolished. However, franchise fatigue can destroy them. There are several solutions that Ubisoft could implement. The first is to emulate Activision Blizzard and give franchises a little respite. Allowing developers to work on other projects will give time to mature ideas and create a better product in the long run, even if it means that gamers will have to wait a little longer for the next release.

Another option for Ubisoft would be to find ways to radically change the formula it used for its franchises. Sometimes this can mean making illogical decisions. For example, Ubisoft’s open worlds are getting bigger and filled with a lot of action. While it may seem like it makes games more appealing, it may put off some gamers who end up finding the vast open worlds too intimidating, and the endless checklist of activities starts to feel more like work than entertainment. Hence, it may also be a good idea to reduce the size of the elements and instead provide more significance to the gameplay from moment to moment.