Home Entertainment Assassin’s Creed: The Coolest setting in a Japanese Game Is Not What... 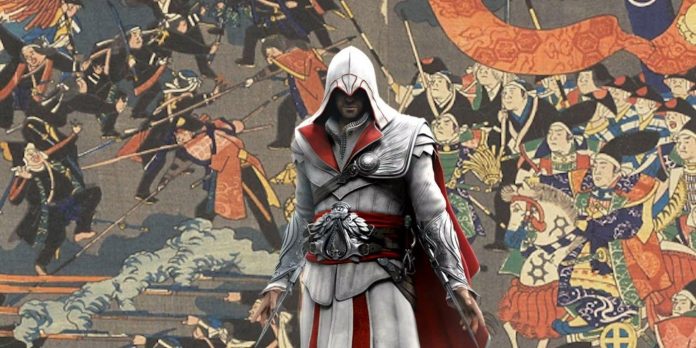 The game Assassin’s Creed, which takes place in feudal Japan, has long been a dream of fans of the Ubisoft series. The conflict between the Knights Templar and the assassins gradually turned into a conflict between samurai, agents of daimyo warlords, and ninja, mercenaries who did their work in the shadows. However, the feudal Japanese game Assassin’s Creed would clone Ghost of Tsushima and miss the opportunity to explore an even better setting in Japan’s past.

In Japanese history, the Edo period lasted from 1603 to 1868, when the Tokugawa clan rigidly imposed a caste system based on the military. This gave daimyo and samurai enormous power, as they stood at the top of this hierarchy. Despite the military rule, the Edo period was remembered in Japan as a time of peace, especially because the power of the Tokugawa shogunate prevented a struggle between clans. However, towards the end of the Edo period, American Commodore Matthew Perry forced Japan to open its borders. This caused the Tokugawa Shogunate and the samurai to lose their influence and power, which eventually led to the Meiji Restoration and the end of feudal Japan.

Since there are rumors that the next installment of the Assassin’s Creed Infinity series will take place in Japan, Ubisoft should move players to this particular time in Japanese history near the end of the Edo period, and not to the middle of the feudal era. The themes of US imperialism will play very well in the past depictions of the Knights Templar in the series, while the preservation of history and culture will go hand in hand with murderers. And while it would be awesome to see assassins as ninjas if players took on the role of a rogue samurai, it would fit better into the themes of the Assassin’s Creed series.

The game should begin in 1853, when Commodore Matthew Perry first visited Japan and forced the country to open its borders. Perry and the influence of the West will represent the Knights Templar in the Japanese Assassin’s Creed, a concept that fits well into the tradition of an organization trying to gain global dominance. In the years following Perry’s visit to Japan, many Japanese children destined for the Navy were educated abroad, and their Western-style upbringing partly sowed the seeds of the fall of the Tokugawa Shogunate. In the Japanese game Assassin’s Creed, such characters could be used to create a group of representatives of the Templars, who will have to face throughout the narrative. And this narrative may, in fact, follow the decline of feudal Japanese society and its structures as it transitions into what it will become at the beginning of the twentieth century.

There will be murderers on the opposite side of this fight. It would be inappropriate for the main character of Assassin’s Creed to be a samurai or daimyo throughout the game, as the position of power held by these two classes would be more familiar to Templars than Assassin’s Creed. Instead, players can assume the role of a samurai at the beginning of the game, who eventually becomes ronin, a samurai who has lost his master. This setup allows for several possibilities. Firstly, the main character of the game will be able to roam freely around Japan, and not be limited to his military duties, which is important for the adventure gameplay of the Assassin’s Creed series.

Secondly, the protagonist could eventually join an alternative organization after losing his high status in the military hierarchy of the Tokugawa Shogunate. If players were to fulfill this role in the Japanese game Assassin’s Creed, it would give the series a refreshing but tragic twist, as the assassins would fight with honor for a lifestyle that is ultimately lost to the forces of the Knights Templar.