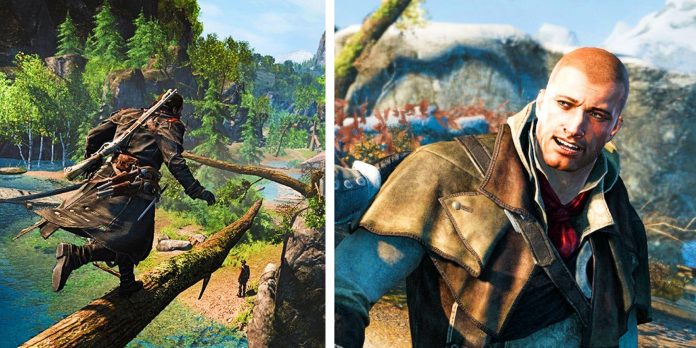 At the time of its debut, Assassin’s Creed Rogue was one of the most extensive open-world games in the franchise, in which players could navigate through three detailed main areas: The North Atlantic, the fictional River Valley and New York. In addition to this, the game also offered many random encounters with enemies, side missions and collectibles on a scale that rivaled the largest previous installments of the extensive Assassin’s Creed series. There was so much content available that even after more than six years, players are still faced with hidden features and game sequences in the game.

As a member of the Templar Order, players are expected to kill any rival assassins they encounter on the expansive map and in story mode. It was during one of the mentioned missions that Reddit user OrangeNinja32 recently discovered a hidden murder cut scene that runs during one of the early training missions in the game. In this task, the main character Shay Patrick Cormack was instructed by his friend Liam to learn how to successfully eliminate targets with the help of various environmental destruction.

I just realized that an alternative cut scene is playing when you come out because of Liam (sorry for the poor quality) from AssassinsCreed.

Since Liam is still Shay’s ally at this stage of Assassin’s Creed Rogue, Shay usually simulates an aerial kill of Liam from a tree overhead before the pair bursts into laughter and banter. However, if the player ignores the route set for aerial assassination and instead decides to sneak up to grab Liam from behind, a special cut scene in the post above will be played. This time Shay tries to restrain Liam with a choke hold, but his own skills are superior to Liam, who throws Shay to the ground.

To sum up, it’s interesting to see that Ubisoft has made extra efforts to fully display a completely unique video for such a short part of the game. Given that many players have just discovered this, as evidenced by user responses to a Reddit post such as “I think you’re the only one who discovered this” and “never knew [it], it’s awesome,” this is probably one of them. one of the most obscure secrets in the Assassin’s Creed series.