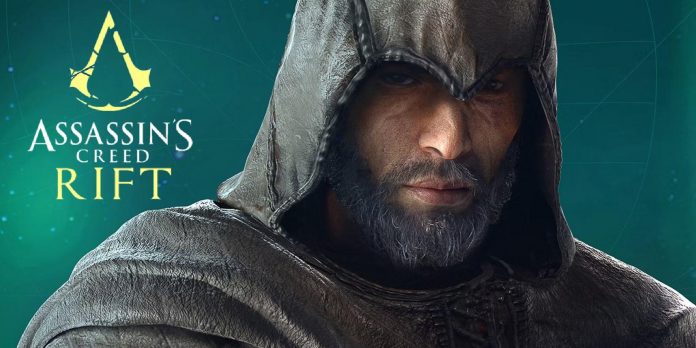 According to rumors, Assassin’s Creed Rift could be an important release for Ubisoft. Since the title will reportedly be very different from the more open and RPG-like games in the franchise, the game could easily have something to offer both new and old fans.

It’s no secret that the aforementioned role-playing elements of the new Assassin’s Creed games created a completely different identity for the franchise, which caused a split in the community. Due to the more intimate scale of the rumored Rift, Ubisoft would have succeeded if it had removed the RPG elements altogether.

According to rumors, the main details of Assassin’s Creed Rift

Assassin’s Creed Rift has been the subject of rumors for some time, and even the supposed name “Rift” is still an unconfirmed working nickname. According to these leaks and rumors, the charismatic Basim ibn Ishaq, an integral character of Assassin’s Creed Valhalla, will play in the Rift. Rift is said to have several ties to Valhalla, and has even supposedly begun development as a DLC expansion for the latest Assassin’s Creed game. Given that rumors now indicate that Rift will now be a standalone game, it looks like Ubisoft has big plans and the game could be released as early as this year.

Rumor has it that the game will take place in the Middle East, which further links the Rift with the original Assassin’s Creed. It is reported that Rift will follow Basim during his turbulent journey as a member of the Hidden, in which he comes to terms with the slow disclosure of his co—existence with the god Isu Loki – the main plot element revealed during the events of Valhalla. As Loki begins to have more control over Basim’s life and physical presence, his morals and goals will change, creating a potentially exciting character-based storyline.

As mentioned earlier, the introduction of RPG elements into new games has completely changed the identity of the Assassin’s Creed franchise, and many fans are eager to return to the more linear and purely combat formulas of the original games. Since Rift is reportedly much smaller than Origins, Odyssey, and Valhalla, the game could easily succumb to the more simplistic formula of past games. Given how much the new RPG formula depends on extensive open-world exploration and level-up through quests, its implementation in Rift is probably not suitable for the game.

Given that the Rift can return to the geographical roots of the franchise, it makes sense to use classical mechanics. Instead of seeing a huge amount of different loot in the form of armor and weapons, Basim should be equipped with a limited but effective arsenal of killer weapons and basic clothing. In addition to this, the re-implementation of the classic counterboys system from the original Assassin’s Creed games will definitely be a welcome return to form for long-time fans.

Various gameplay segments for Loki and Basim in Rift may resemble the duel system of the main characters from Assassin’s Creed Syndicate, which gives even more confidence that the return to classic mechanics will match the rumors about the ideas underlying the Rift. If the game reverts to a gameplay formula similar to the original games, ironically Rift could become a title that would eliminate the split that currently exists in the Assassin’s Creed fan base.

There are rumors that Assassin’s Creed Rift is in development.