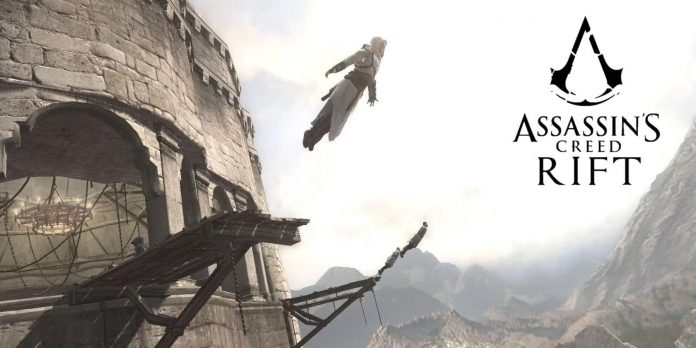 According to rumors, Assassin’s Creed Rift is one of many leaked games that should make up the next generation of games for the cult franchise. Being much smaller in scale than what fans have come to expect from later releases of the franchise, the Rift absolutely needs to get the basics right.

One of the most important elements of any Assassin’s Creed game is the parkour system that the game has. As the Rift departs from the more extensive gameplay of recent AC games, parkour in particular should be fun and more perfect.

How does Assassin’s Creed Rift differ from other games

According to rumors, Assassin’s Creed Rift is the working title of a separate game, which was originally supposed to be a DLC for the recent Assassin’s Creed Valhalla. Its origin as a DLC expansion indicates the intended scale of the game, which is likely to be much smaller and more linear than later additions to the franchise.

It can be said that in recent years, the Assassin’s Creed franchise has undergone an identity change, and Assassin’s Creed Origins 2017 marked the beginning of more extensive open-world RPG elements in the franchise. Given how controversial this abrupt identity change has been among fans of the franchise, many will probably be happy to know that the rumored Rift is intended to provide a return to the more classic elements of the series.

Presumably starring Basim Ibn Ishaq of Valhalla as a high-ranking member of the Hidden in Iraq, the Rift should be close to the original Assassin’s Creed in its geographical and temporal context. The Rift reportedly abandons RPG elements and has a much more intimate scale to revive beloved old franchise elements, logically relying on them, and parkour is perhaps the most important of these elements.

Why is parkour so important in Assassin’s Creed Rift?

With increased attention to the variety of combat and extensive open worlds, it is widely believed among Assassin’s Creed fans that parkour has faded into the background as a game mechanic in recent games. The game worlds of the new games are much more extensive and scattered, which means that significantly detailed and built-up areas are much less common, despite the fact that they used to be the mainstay of the Assassin’s Creed franchise.

As a result of the supposed smaller scale of the Rift, more multi-layered and affluent urban areas with many opportunities for parkour can again become the main argument in favor of selling, and the mechanics of parkour in the game are extremely important for how the game will be perceived by fans. Given that the reported Baghdad is the same high-rise architecture that was shown in the original Assassin’s Creed, the unique and diverse paths for parkour can be limitless.

It is reported that the smaller size of the Assassin’s Creed Rift map is also likely to negate the growing norm of the franchise about traveling on horseback, which means that passing the map on foot and, as a result, parkour will again make a huge difference. Since players are reportedly taking control of a high-ranking member of the “Hidden”, the level of parkour abilities of the protagonist will be inexorably high, and this should be reflected in the gameplay.

Parkour in Rift should be a smooth return of the franchise to form, with a variety of parkour lines allowing the player to interact dynamically with the map in order to move stylishly and easily through a multi-level environment. Anything less than that will be a huge blow to the perception of the game, which is creating hype due to rumors that it provides a more mundane and classic Assassin’s Creed experience.

It is reported that Assassin’s Creed Rift is in development.