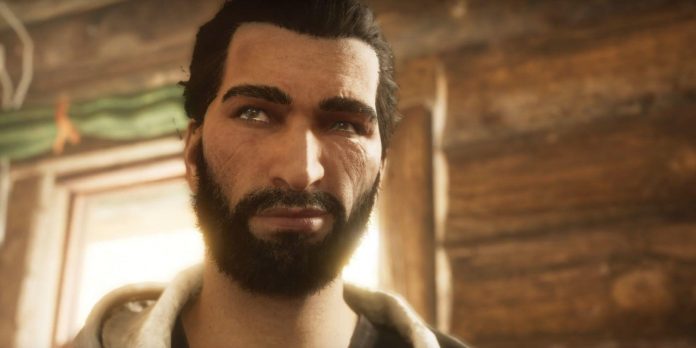 The Assassin’s Creed series is a staple in open-world games, and its popularity has helped Ubisoft become a formidable force in the gaming world. The first game in the series, released in 2007, introduces gamers to the gameplay that will eventually become characteristic of Assassin’s Creed. The movements are fast and smooth, allowing Altair to engage in dynamic combat before quickly switching to parkour and stealth. Although the action of the first game takes place in the Middle East, in subsequent games players have visited all over the world, including countries such as Egypt, Louisiana and Italy, to name just a few.

Despite the fact that Ubisoft constantly releases the best-selling games, many argue that in recent years the studio has been creatively strained, and Assassin’s Creed suffers from franchise fatigue. Consequently, terms such as “Ubisoft towers” have become somewhat disparaging descriptions of overused gameplay elements, especially in open-world games. However, with Assassin’s Creed Rift, Ubisoft has the potential to redeem itself, as it seems to be trying something new with the franchise. According to rumors, the game is smaller in scale and focused on stealth gameplay, which, as Ubisoft has proven, can effectively perform.

Assassin’s Creed is one of Ubisoft’s most recognizable open—world franchises, but far from the only one. Watch Dogs is a series of games set in an urban open world where technology rules and hackers can cheat the system. The first game was released in 2014, and the last game from the main series, Watch Dogs: Legions, went on sale in 2020. Another popular open—world franchise under the auspices of Ubisoft is Far Cry, a first-person shooter that takes players to different corners of the planet. the world and different periods, which allows them to wreak havoc with any weapon that falls into their hands. The action of the last part of Far Cry 6 takes place on the fictional Caribbean island of Yara, which is under the control of the military junta.

Although these franchises can vary greatly in their tone and themes, they have faced very similar criticism in recent years. In particular, critics complained that franchises began to seem repetitive and boring, mainly due to their tendency to recycle old game mechanics. This can be seen, for example, with the aforementioned Ubisoft towers, which refer to structures that players usually have to climb to open more of the map. Although they are a useful way to promote the player in the open world, their ubiquity in Ubisoft games has led to gamers getting tired of them. This problem is compounded by the fact that other studios have also used Ubisoft towers in their open-world games, making gamers feel that they are inevitable.

A similar phenomenon is observed with the tendency of having multiple quest markers both on the map and in the open world of Ubisoft games. It’s a way to direct players to action, and it makes players feel like there are plenty of things to do in the open world. However, the sight of floating icons can disrupt immersion and interfere with the player’s natural curiosity and sense of exploration. Consequently, games like Elden Ring, which allow players to get lost and contain virtually no quest markers, have been praised for contradicting Ubisoft’s typical open-world design.

None of these criticisms means that Ubisoft games are fundamentally bad or have unforgivable flaws. Someone who is new to open world games or even Ubisoft games could probably take almost any Assassin’s Creed or Far Cry game and have a good time. However, after playing a few games from the company, it becomes clear that the gameplay mechanics are often reused after a superficial transformation, and although their re-inclusion may be due to their effectiveness, they can cause fatigue.

According to Bloomberg, the meager release schedule inspired Ubisoft to turn the upcoming Assassin’s Creed Valhalla DLC into a full-fledged standalone game. The game is codenamed Assassin’s Creed Rift, and at its center will be Basim, a character from Valhalla. As shown in “Valhalla”, Basim was born in Baghdad and rose to become part of the Hidden Ones that would later become the Brotherhood of Assassins. The game can help relieve some of the fatigue of the open world, because, as Bloomberg sources say, the game will be smaller than most Ubisoft games. This may mean that developers can avoid some overused open world elements altogether, such as Ubisoft towers and too many quest markers, which are often the result of having a huge open world.