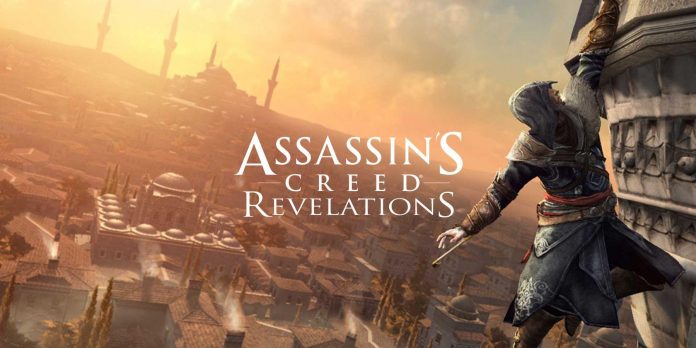 As a franchise, Assassin’s Creed was arguably at its best when it followed a consistent story with a sustained protagonist. These particular games concern the Master Assassin Ezio Auditore and culminated with the very well-received release of Assassin’s Creed Revelations.

While changing between eras and geographical locations has always been an attractive aspect of Assassin’s Creed, fans were able to become immersed within Renaissance-era Italy during Ezio’s story. When looking back on the installments of the franchise as a whole, it is hard to understate the importance of Assassin’s Creed Revelations.

Aside from physical and temporal settings as well as game mechanics, the plot of any Assassin’s Creed title is imperative to how it is received by fans, and Revelations certainly does not disappoint. As previously stated, the Ezio Auditore saga within Assassin’s Creed is the most sustained and comprehensive in the franchise’s history, with the depth and scale of Revelations’ story being befitting of concluding such a beloved character arc.

While the final years of Ezio’s life are portrayed within the short film Assassin’s Creed Embers, Revelations marked the end of his videogame appearances and documented some of the most important acts that Ezio committed in all of his deeply influential life. With a much wiser and aged Ezio being the primary protagonist of the tile, the story of Revelations concerns a race against time against the sinister Templar Order, in which Ezio must recover five hidden keys to unlock a library built by other series protagonist Altair Ibn-LaʼAhad.

Resultantly, most of the game takes place in the Middle East, with Ezio even revisiting the city of Masyaf, the primary setting of the original Assassin’s Creed. With the game additionally offering several playable segments in which the player takes control of Altair, Revelations provides an extremely important blend of pertinent gameplay concerning the only two main Assassin’s Creed protagonists at the time.

The game sees Ezio meet his future wife Sofia and become more in-tune with the Creed via his revisiting of ancestral assassin grounds. Eventually unlocking Altair’s library and choosing to hide away the all-powerful Apple of Eden, Ezio directly acknowledges the present-day protagonist of Desmond Miles and finally retires from the Assassin Brotherhood. With this leading Desmond to discover an impending catastrophic solar flare that could potentially wipe out Earth, Revelations perfectly adds to and concludes the entire historical plot of the franchise up until that point while still setting up the future of the series.

The Multiplayer of Assassin’s Creed Revelations

This form of Assassin’s Creed multiplayer saw players in intimate but layered maps be randomly assigned other players as targets, which they had to hunt down and assassinate. With player characters looking identical to many of the saturated level of NPCs that would populate a level, gamers had to utilize a keen sense of bluffing and sleuth work to successfully identify their quarry while evading their own hunter.

Revelations took this and added a plethora of new maps and characters, as well as well-received game modes such as capture the flag. Perhaps most importantly, Revelations built upon the lack of identity driving the multiplayer of Brotherhood, with a sustained story following the player as they rose through the game’s leveling system. The story saw the player as an agent of the nefarious Templar Order, rising through the ranks of Abstergo by performing well in Animus training exercises. As the player ascended through the Templar hierarchy, more benefits, perks, and tidbits of company lore would become available to them. This twist on the franchise norm of Templars acting in an antagonistic role was a franchise first, and saw the game’s multiplayer be even more enjoyable and defining.

The Gameplay of Assassin’s Creed Revelations

As well as its evolution of the franchise’s storytelling and multiplayer mechanics, Revelations also significantly built upon the core gameplay of the series as a whole. Of course, the title maintains many of the established gameplay mechanics of Brotherhood, such as the games’ free-flowing parkour system, counter-heavy combat mechanics, and assassin recruitment system.

The game’s parkour is built upon with the introduction of the hook blade, which allows Ezio to jump higher and further despite his aging physicality. The hookblade opens up a huge avenue of new traversal options such as the use of ziplines, as well as being utilized in combat to push and pull certain enemies during intense combos.

Revelations additionally boasts a form of tower-defense minigame in which the player utilized assassin initiates that they have trained to defend liberated districts of the gameworld from re-invading Templar forces. The added variation present within Revelations’ gameplay is also showcased with the implementation of bomb crafting as a core element of combat. With the player able to combine a variety of bomb materials to create lethal and non-lethal options, the new avenues of stealth or loud combat that became available were palpable. When considering the holistic improvements and benefits provided by the game’s story, multiplayer, and core gameplay, it is no wonder that Assassin’s Creed Revelations is considered one of the most definitive installments of such an iconic franchise.

What the “Hunted Hogsmeade Shop” quest from “Hogwarts Legacy” might entail