Home Entertainment Assassin’s Creed Red will have to try hard not to be a... 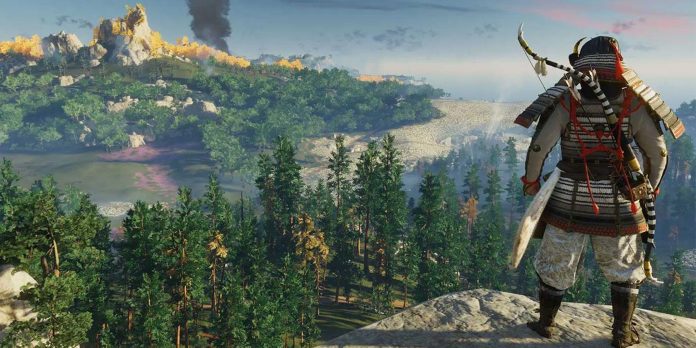 At the latest Ubisoft Forward, the developer finally announced the long-awaited Assassin’s Creed, which takes place in feudal Japan, but perhaps it is too similar to Ghost of Tsushima. Assassin’s Creed Codename Red will make the series one of the most sought-after settings, and fans couldn’t be more excited to see what that entails. However, there is also some concern about what this game will look like. Sucker Punch has already explored Japan in its own action adventure, and Assassin’s Creed will have to make every effort to pave its own path.

Sucker Punch released Ghost of Tsushima in 2020. The game was a brand new intellectual property that instantly captivated the audience and served as a great way to fill the void left by Assassin’s Creed by avoiding the region. Although Ubisoft may have been the first in Japan, now it’s going to catch up with Ghost of Tsushima. This game showed the players what a funny action—adventure movie looks like in Japan, and Ubisoft needs to make sure that Assassin’s Creed Red is something more than a clone of its competitors.

Assassin’s Creed has been moved to Japan

Fans of the Assassin’s Creed franchise have long been calling for the series to explore the history of Japan. The series explored most of Europe and North America and even looked a little into Egypt. He usually stayed away from Asia, except for a small appearance in the Assassin’s Creed Chronicles trilogy. No matter how many players clamored for the series to be there, Ubisoft seemed keen to stay away.

In 2020, Sucker Punch entered the fray with its brand new IP Ghost of Tsushima. The game was an action adventure deeply rooted in Japanese history. This gave players control over samurai Lord Jin Sakai as he embarked on a mission to expel the Mongols from the Japanese island of Tsushima during the first Mongol invasion. The world was beautifully constructed, the gameplay was a lot of fun, and the plot was fantastic.

While Ghost of Tsushima was something special, many people couldn’t help but compare it to the Assassin’s Creed series. Some people felt it would be the closest thing to Assassin’s Creed in Japan that they had ever seen, and a lot of the mechanics were very similar to the Ubisoft franchise. Players will travel through this historical place and sneak around the camps, taking enemies out of the shadows, using various objects to distract them. This concept formed the basis of the Assassin’s Creed franchise and was one of the things that many fans desperately lacked in the last parts of the series.

Sucker Punch’s work has led to the creation of one of the fastest selling PlayStation games. Now Ubisoft is finally getting ready to provide the customization requested by fans, but it seems that it’s too late. Players have seen what a fun adventure in Japan looks like, and Assassin’s Creed Codename Red will no doubt be compared to Ghost of Tsushima. The studio will have to tread carefully if it does not want to be called a simple clone of a competitor.

Assassin’s Creed Cannot be a clone of Ghost of Tsushima

Assassin’s Creed Red will appear for a long time, but Sucker Punch has surpassed Ubisoft in the setting of Japan. If Ubisoft wants to avoid these comparisons, then it should try its best to distinguish Red from the Ghost of Tsushima samurai story. The time period and the story must be very different, otherwise Red will not be special.

Assassin’s Creed Red already has one thing, and that’s the main character that Ubisoft chose. Ghost of Tsushima gives players the opportunity to control a samurai, and Sucker Punch tells the story of a samurai’s journey through Japan. Judging by the quick trailer, Assassin’s Creed Red will give players control over shinobi and provide players with a more fantastic story. This means that the story, at least, will be devoted to a completely different journey, but the time period should also be completely different.

The ghost of Tsushima told the story during the first Mongol invasion of Japan, and all Ubisoft has said so far is that the action of Assassin’s Creed Codename Red will take place in feudal Japan, which may be an advantage. The codename Red should allow players to engage in espionage and murder in an invasion-free Japan, otherwise the two stories may have very similar plot moves.

There is room for more than one action adventure in Japanese history, as there is much to explore in this setting. Studios just have to make sure the games are different enough to justify making them.