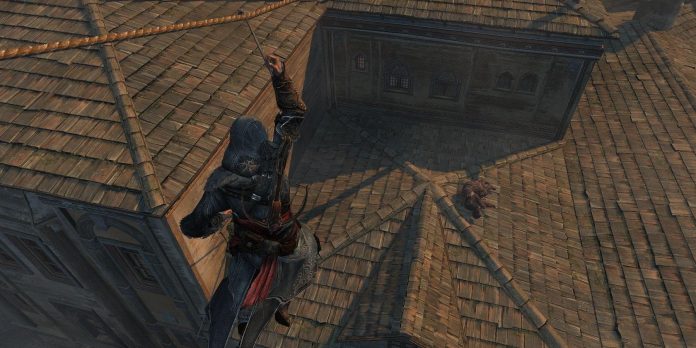 After many requests and distractions, Ubisoft finally announced the game Assassin’s Creed Red with a tentative title. Although there are few details about the game, it has been confirmed that the next major part of the franchise will be developed by Ubisoft Montreal and will be the first Assassin’s Creed game set in feudal Japan. Judging by the trailer that was shown during a recent Ubisoft Forward event, players will take on the role of a ninja turned assassin.

Feudal Japan is one of the most popular places for Assassin’s Creed fans. It was a time of civil unrest, mired in bloody battles and deception. Much of what makes feudal Japan interesting has been dramatized by pop culture, and Assassin’s Creed Red is no different. But just as movies and television have contributed to the era, so Assassin’s Creed can do so thanks to its unique gameplay elements, such as the iconic Hidden Blade of the Assassins.

Most people know the Hidden Blade as a hidden weapon used by the Brotherhood of Assassins, hidden under a bracer or glove. The user can discreetly eliminate his target without attracting attention to himself. This is the most common form of the Hidden Blade, which has been used for centuries to end the lives of many assassins’ enemies.

But times are changing, and the tools of assassins must also change. The Hidden Blade has been modified by various branches of the Brotherhood to suit their needs. During the Renaissance, the Italian brotherhood remade many of Altair ibn-La Ahad’s designs, such as the Poison Blade, Double Hidden Blades and the Hidden Gun. The Ottoman Brotherhood also created the Hookblade, a hidden blade attached by a hook that made climbing and crawling easier. Depending on the challenges they faced, whether it was enemies or urban infrastructure, assassins always found a way to adapt themselves and their tools to the situation.

Assassin’s Creed Red can use some old Hidden Blade modifications

Not all Hidden Blade modifications give Assassins an advantage when it comes to crawling. Since feudal Japan consists of large buildings separated by wide open spaces, the assassins could really use something like the Rope Launcher from Assassin’s Creed Syndicate. Although this is unrealistic, it would make it much easier to move between elevations. Otherwise, the aforementioned Hookblade from Assassin’s Creed Revelations will allow the assassins to climb faster with less effort.

These modifications of Hidden Blade must be adapted to the setting, or at least must be explained with some form of realism. The introduction of hidden weapons in Assassin’s Creed 2 was difficult, but when it became clear that the plans for weapons were the result of Altair’s use of the powerful Apple of Eden, it became more understandable. Fans have been waiting for Assassin’s Creed in a Japanese theme for a long time, and with enough original ideas and inspiration from their past works, Ubisoft Montreal can finally provide what they want.

How long can Todd and Julie Christie go to jail and...