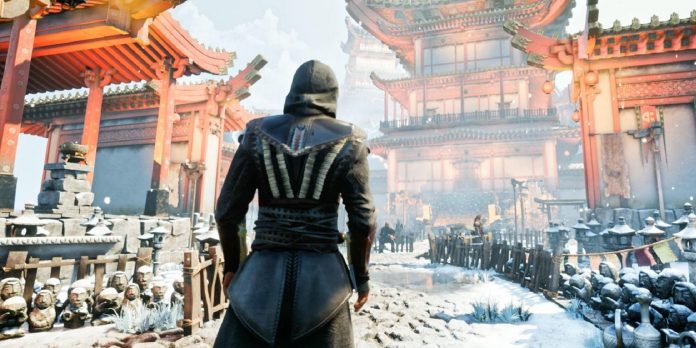 Assassin’s Creed Codename Red will take fans of Ubisoft’s stealth action/RPG franchise to Feudal Japan, and TeaserPlay’s new Unreal Engine 5 concept video presents what the open world of the game might look like. Fans of Assassin’s Creed have been asking for a game of the main series for years, which takes place in feudal Japan, and now Ubisoft has finally introduced it.

Right now Ubisoft is busy promoting Assassin’s Creed Mirage, which is scheduled to launch in 2023. With this in mind, it may be quite a while before fans of the franchise see Assassin’s Creed Red in action, and that’s why TeaserPlay’s YouTube channel has taken to the stage. to provide a concept video of what the game might look like. TeaserPlay is a channel that specializes in creating Unreal Engine 5 videos for hypothetical game projects, although in this case Assassin’s Creed Red does exist.

The video demonstrates what Assassin’s Creed would have been like in feudal Japan if it had been built using Unreal Engine 5, although it is unlikely that a real Assassin’s Creed Red would use this engine. Ubisoft will probably use its Ubisoft Anvil engine to create the game, as it did with Assassin’s Creed Valhalla and is currently being used with the upcoming Assassin’s Creed Mirage game.

Funny clip of Elven Ring demonstrates the perfect use of the...