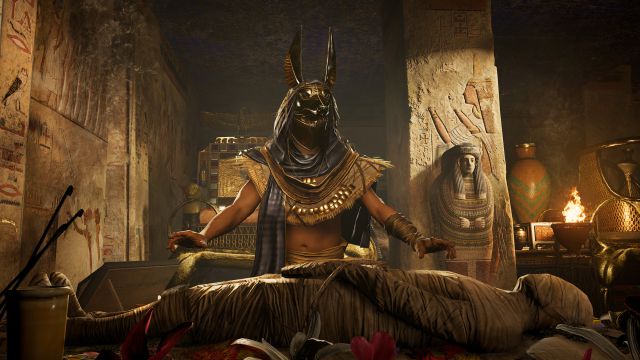 Assassin’s Creed Origins is still among the future plans of the French company. Ubisoft is investigating adding a mode at 60 frames per second. Ubisoft makes it clear: they are investigating the possibility of adding a 60fps mode in Assassin’s Creed Origins. The title starring Bayek was originally released in 2017 on PS4, Xbox One, and PC. Four years later, the title is compatible with both PS5 and Xbox Series X | S with the same performance goal as the previous generation.

Whether you are a longtime fan or just discovered Assassin's Creed, we want to thank you for being a part of this community.

Your continued support, passion & vigilance humbles us all every day.

Stay tuned for more in AC Valhalla & an exciting future for AC. 🔥 pic.twitter.com/0LbX3WpbTL

The French company does not offer more details, it does not even point to specific platforms. It only urges us “to remain vigilant.” It is not the first that a franchise delivery receives this type of support. Assassin’s Creed Odyssey received a patch in August that doubled the frame rate on current consoles. Of course, it worked through backward compatibility; it did not become a native version.

What did we think of Assassin’s Creed Origins?

We must go back to November 2017 to know our final impressions. The game achieved a rating of 9 out of 10 in this house. During the conclusions of the analysis we said that “Ubisoft has known how to evolve the game mechanics and direct the gameplay towards a more role-playing experience. Starting from a representation of ancient Egypt like never before seen in video games, Bayek stars in a revenge adventure in which the birth of the Order of the Assassins is narrated ”.

The changes that the license received with this release reached the skills system, “much more complex” than in past editions. “The fight is now deeper and allows Bayek to defend himself with the shield, to pin the enemy, to dodge, to hit and to fight with different types of weapons. There is no doubt that battling is now much more satisfying than before. The content of Origins is immense. ” During reading the full text at this link.