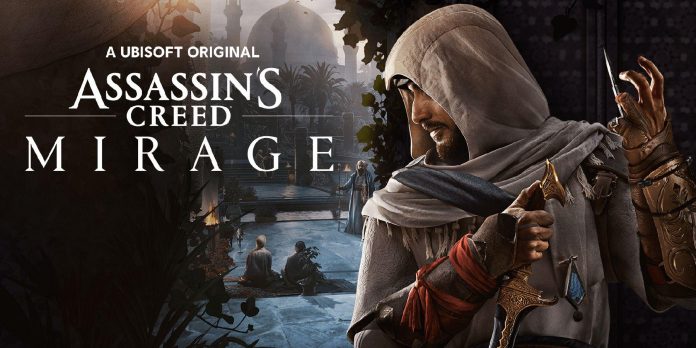 On Ubisoft’s official website dedicated to Assassin’s Creed Mirage, there are images of the “characters” of the upcoming game, two of which have not yet been revealed. Ubisoft gave fans a first look at Assassin’s Creed Mirage during the recent AC Showcase, where the game was dedicated to the story of Basim’s days in Baghdad. In it, fans will see how he went from a street thief to a master killer, while trying to understand the strange visions he sees.

Basim may be the focus of the story, but he is far from the only main character. Players also get to know Roshan, Basim’s mentor, who teaches him the ways of faith. Roshan is a former Persian slave and seems to fit the rules perfectly. She is played by Mass Effect and Destiny actress Shore Agdashloo, whose career is more focused on movies and TV series, but she said that this is her biggest role in video games, accompanying the player throughout history. However, it looks like Ubisoft is still hiding at least two Assassin’s Creed Mirage characters.

As can be seen below, Ubisoft singles out Basim and Roshan as two characters of Assassin’s Creed Mirage, hiding the other two under the Creed logo. While Assassin’s Creed Mirage will undoubtedly have historical characters, supporting characters, and the like, the two missing characters here will probably be starring in the same vein as Basim and Roshan. After all, there would be little reason to hide characters that aren’t so important to the story. It will be interesting to find out who exactly these characters are, but it’s hard to guess right now.

It is possible, since Basim, in fact, goes through three stages of his life — a street thief, an assassin and a master assassin – that one of these characters is Haytham, Basim’s disciple from Assassin’s Creed Valhalla. Lore suggests that Hitem was active to some extent around 867 AD, and perhaps he and Hitem meet at some point during Assassin’s Creed Mirage. Of course, it could easily have been someone else, since Haytham is unlikely to appear before the end of the game, if at all.

These two characters are just as important as Basim and Roshan in Assassin’s Creed Mirage, so it’s understandable that Ubisoft will confirm who they are before the actual release. However, it may still take some time before that. Ubisoft will probably focus most of its marketing on the Last Chapter Assassin’s Creed Valhalla DLC this year, with Mirage following in a while as it’s set for 2023. Nevertheless, it’s interesting to think about who these characters might be.