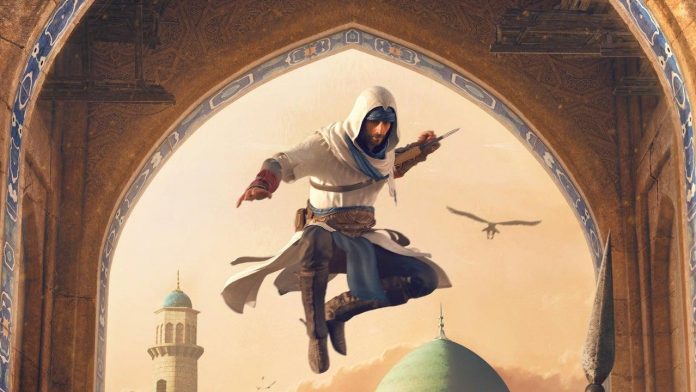 Update 9:05: Ubisoft officially unveiled Assassin’s Creed Mirage after a leak earlier today. Announced on the franchise’s official Twitter account (below), Ubisoft has also confirmed that additional information will arrive at the Ubisoft Forward presentation next week.

A new image of the game was also shown, in which the supposedly main character (rumored to be Basim from Assassin’s Creed Valhalla) looks, as you guessed it, at the murder.

According to Eurogamer, a now deleted tweet from the Assassin’s Creed The Codex Network fan site shared an image of the new assassin, which allegedly leaked from Ubisoft’s own store.

The image shows the killer in the iconic white robe of the series, confronting something armed with a sword, although only the shadow of the enemy is shown. One version of the art teases “The Forty Thieves Quest”, which apparently indicates that this image is part of a pre-order bonus or something similar.

The killer turns out to be Basim, a character from Assassin’s Creed Valhalla — he is helped by blue and red sleeves, as well as a sword, which seems to be an exact coincidence. This is in line with previous rumors that Basim will be the main character of the expansion, which has become a separate game, which is expected to be released this year.

Although nothing has been confirmed, Ubisoft will hold a presentation with several games called Ubisoft Forward next week, September 10, where the new Assassin’s Creed will most likely be fully revealed. According to previous rumors, this game will be “smaller in scale” and will instead focus on more specialized stealth sections than on a vast open world similar to the previous parts of Valhalla or Odyssey.

Ubisoft is also working on a game called Assassin’s Creed Infinity, which is supposed to be an evolving platform similar to Fortnite, with many games, characters and missions from the franchise’s 15-year history.

MechWarrior 5: Mercenaries arrives at the end of the month for...