Home Entertainment Assassin’s Creed Mirage has a lot to do to win back some... 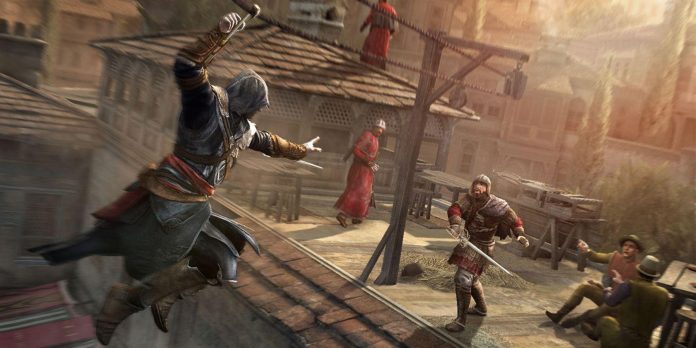 The Assassin’s Creed franchise is going through a growth phase as Ubisoft has been trying to figure out what the franchise should look like. Assassin’s Creed Origins marked the beginning of this experimental phase, and then Odyssey and Valhalla took it to a new level. These games have drawn criticism for moving away from what made Assassin’s Creed special, and alienated some players who have been in this series since the beginning. While Assassin’s Creed Mirage will presumably bring back that classic feel, it remains to be seen if Ubisoft can handle it.

Before Assassin’s Creed Origins, Ubisoft released an Assassin’s Creed game almost every year. These games introduced players to the story and put them in the place of all kinds of murderers. They controlled Ezio during the Italian Renaissance, Connor during the American Revolution, the Fry twins during the Industrial Revolution in London, and they even plunged into pirate life with Edward Kenway. Although all the stories were different, they were all connected together by the fictional war of assassins and Templars that raged throughout history.

By the time Assassin’s Creed Syndicate was released, many people felt burned out because of the franchise. All the games took place at different time periods, but they were all relatively the same experience with a different layer of paint. Ubisoft decided to solve this problem by directing the franchise in a completely new direction with the help of Assassin’s Creed Origins. He pushed the series further than ever before and completely changed the main gameplay of the series from an action adventure to an open-world role-playing game.

This new direction turned out to be a huge success for Ubisoft, and the company decided to continue this path. Assassin’s Creed Odyssey and Valhalla moved the series to new periods and expanded the RPG gameplay. The titles were big games that could take hundreds of hours for someone to complete, and both were very well received. In particular, Valhalla has become one of the fastest selling Assassin’s Creed games and the most successful launch of any Ubisoft PC game.

While these last two parts of Assassin’s Creed offered a decent amount of fun, something was missing. In an effort to revive the franchise, Ubisoft decided, apparently, to abandon the main conflict between the assassins and the Templars, which moved the series. In Odyssey, players controlled a Greek mercenary who had little interest in the conflict of the Hidden, and Valhalla gave players control over a Viking fighting for a place in Britain, while the Hidden went on their own journey. Both games were a pretty funny historical RPG, but neither of them had anything to do with Assassin’s Creed.

The deviation from the main plot of Assassin’s Creed alienated some fans of the franchise, but so did the gameplay. The original games were adventure games with an emphasis on stealth. Many early games were built on the concept of sneaking around big cities to kill targets with hidden blades. These newer games were more focused on traversing these large open worlds to complete the levels in a classic RPG manner.