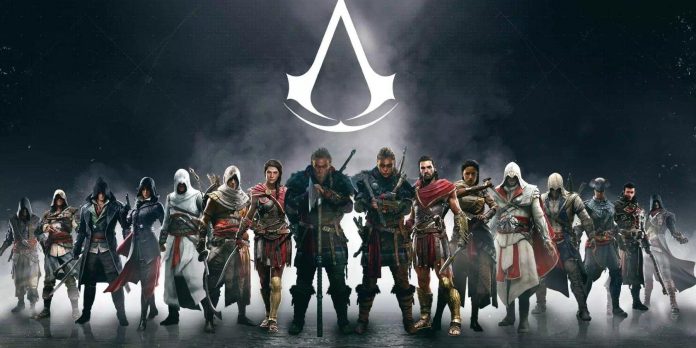 RELATED: Assassin’s Creed Infinity’s Launch is Going to be a Tightrope Walk

What Assassin’s Creed Infinity Could Be

Assassin’s Creed Infinity Should Return Players To Rome, Paris, and the Caribbean

If Assassin’s Creed Infinity is going to bring a variety of locations to the game via live-service updates, then some of first settings that should be added are those in the original series of Assassin’s Creed games. When fans think about the most iconic settings in the entire Assassin’s Creed franchise, they’ll likely think of Florence, Rome, the Caribbean, North America, Paris, and perhaps even Victorian London.

All of these settings should make a return in Assassin’s Creed Infinity, in one form or another. While some of these older locations may not be quite as sprawling or expansive as those featured in the recent games, the level of environmental detail in each area is still astounding all these years later, and simply porting these maps into AC Infinity would be an easy way to immediately bring back a whole host of old Assassin’s Creed fans. Alternatively, these settings could be revamped so that they keep the essence of the original games’ locations, while still providing modern day high-res textures and environmental details.

When it comes to fan-requested Assassin’s Creed settings, none is more infamous than Feudal Japan. A setting that’s been requested since players got their hands on the very first Assassin’s Creed game, Feudal Japan would be an ideal setting for the AC franchise. Tall pagodas, plenty of era-specific unique stealth tactics and equipment, and a gorgeous backdrop make Feudal Japan an obvious pick for Assassin’s Creed Infinity. And if AC Infinity decides to get more experimental with its gameplay, then some more paired back samurai dueling could be a great way to refresh the franchise.

While fans have been able to explore North America is Assassin’s Creed 3 and Liberation, they haven’t yet been able to explore most of South or Central America. When it comes to South America, the Incan Empire is an obvious choice for a time period, while Central America could either be the ancient Mayans, or the slightly later Aztecs. All three civilizations have their own distinctive architecture and mythology, all of which would be perfect for Assassin’s Creed Infinity. Some Assassin’s Creed comics and novels have mentioned or explored these periods before, but a few missions or even an entire game set in Central and Southern America could offer some of the most unique gameplay in the entire franchise.

God Of War Will Actually Be Played With An FPS Camera!