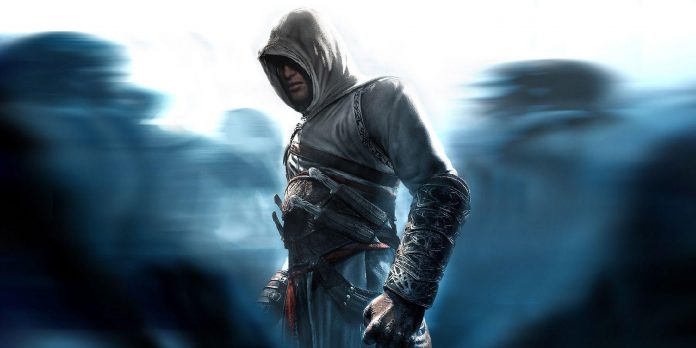 The future of the Assassin’s Creed franchise will be revealed during today’s Ubisoft Connect conference, but all fans who still have something to catch up on in this series can take advantage of big discounts on the entire franchise in Xbox, PlayStation and PC stores. . Everything that covers the franchise over 15 years, from the original Assassin’s Creed to the recent Valhalla, can be bought for about $100 and contains hundreds of hours of content.

This week’s sale will last until September 15 and has a double memorable value. The first of them is the celebration of the 15th anniversary of Assassin’s Creed, for which Ubisoft says it has important news. The second is Ubisoft Forward, which will focus not only on assassins and Templars, but also on the entire catalog of the publisher’s future games. Given that the recently announced Assassin’s Creed Mirage is reportedly going back to basics and supposedly playing more than the old franchise games, it might be time to check out some of the old games in the series.

Right now, fans on Xbox can purchase Assassin’s Creed 1 for $6, The Ezio Collection for $12, Assassin’s Creed 3 Remastered for $10, Triple Pack for $22.50 and Mythology Pack for $39.99, which gives the total amount for each main game of the series. up to about $90. On PlayStation, individual games are sold at a discount, but not bundled at a lower price, which means that fans will have to pay a little more for the entire franchise. It is noteworthy that The Ezio Collection and additional games are also not sold on PlayStation. Meanwhile, PC gamers can find similar offers in the Ubisoft Connect store without any discounts currently either on Steam or in the Epic Games store. Unfortunately, the Nintendo eShop is not currently participating in the discount promotion.

In addition, season tickets for Origins, Odyssey and Valhalla are sold at a discount of half or more. At standard prices, the entire collection of Assassin’s Creed games will cost somewhere around $ 350, which makes this week’s sale very tempting for any gamer who has not yet tried one of the most famous franchises in the Ubisoft catalog. It’s also a great time to play around with some of the titles that have received next-generation enhancements, such as Unity and Origins, which run at 60 frames per second on the Xbox Series X and PS5.

For all the fans who might not want to buy the entire line of Assassin’s Creed games at once, some of the best starting points in the series are currently very cheap. Assassin’s Creed 2 is currently on sale for $6 and Black Flag for $9. Both games are considered among the best in the Xbox 360/PS3 era. For fans looking for a modern take on the series, Assassin’s Creed Origins costs just $9, and the most recent game, Valhalla, sells for $20.

On September 10, Assassin’s Creed will hold an anniversary show.