Home Entertainment Assassin’s Creed: Explanation of the Sacrifice of the Hidden Blade 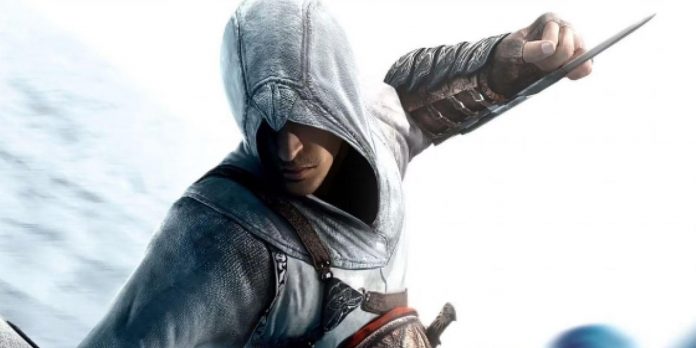 When Assassin’s Creed Mirage was announced last week, many people compared it to the original Assassin’s Creed. The Middle Eastern setting, the revival of traditional elements of stealth and gameplay — it seems that Ubisoft is determined to remake Altair’s adventure; albeit slightly changing it to match the character of Basim ibn Ishaq. It will be interesting to see how 15 years of technology and storytelling will affect the more classic Assassin’s Creed game.

One of the established traditions of the Brotherhood of Assassins, which has been shown to return in Assassin’s Creed Mirage, is the removal of the ring finger. Since Assassin’s Creed Origins, players have not seen an assassin sacrifice one of his digits to enter a shadow organization. Times have changed, and so has the Brotherhood, but it’s worth learning how this once-lauded act was abolished in favor of less creepy customs.

The removal of the ring finger is closely related to the assassins’ signature weapon: the hidden blade. The blade is imperceptibly worn on a bracer or glove around the lower part of the wearer’s thigh. Then the owner activated the spring-loaded mechanism, pushing the blade forward. Since the blade is located next to the user’s wrist, it can be extended and retracted without attracting much attention.

To increase the stealth of the Hidden Blade, the assassins cut off their ring finger. This would allow the blade to exit naturally from the hole created by the user’s missing appendage. The severing of the ring finger was also of great importance to the Brotherhood. This showed the owner’s dedication to the assassin cause and was usually done during the initiation ceremony in front of other members. Then the Hidden Blade will become a continuation of the new Assassin, complementing his physical being. There were records of owners using a Hidden Blade without sacrificing their ring finger (Bayek from Assassin’s Creed Origins was one of them before his accident), but there were few of them, and they were far apart before the reign of Altair ibn-La Ahad as a mentor to the Levantine Brotherhood.

Altair and the Changes

Everything changed when Altair got the Apple of Eden. Using the knowledge he gained from the Forerunner artifact, Altair heavily modified the Hidden Blade. He used stronger metals so that the assassins could fight face-to-face with enemies with stronger blades. He also introduced many improvements, such as hollowing out the Hidden Blade so that he could inject poison. One of the biggest changes made by Altair was the lifting of the blade mechanism; thereby making the removal of the ring finger optional. Since assassins became easier to identify due to the lack of fingers, Altair completely abolished this tradition.

Instead of sacrificing their fingers, some branches of the Assassin Brotherhood began using other means to show their loyalty to the cause. The Italian Brotherhood during the Renaissance branded their ring fingers with the symbol of assassins. Other assassins used tattoos. Despite advances in technology, there were still people who chose to cut off their ring fingers.

The sacrifice of the ring finger is not as common as it used to be, but its significance persists in the Brotherhood of Assassins to this day. Each new member is taught the dedication and self-sacrifice necessary to become an assassin. These lessons are then supplemented with rituals that, while not as gruesome as chopping off a finger, still leave a lasting impression on the assassins, ensuring that they never forget what it means to serve the cause.