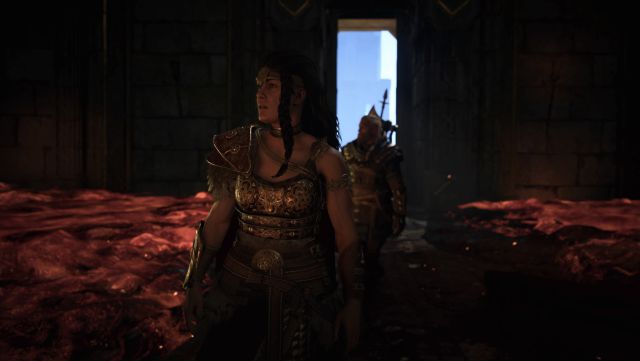 Assassin’s Creed: The expansion developed by Ubisoft Sofia extends the mythological aspect and offers a new skill system that affects combat and exploration. The second year of the Assassin’s Creed Valhalla post-launch roadmap has kicked off with new content and patches, but also the long-awaited major expansion, Dawn of Ragnarök. After the previous two, The Wrath of the Druids and The Siege of Paris, the study goes further and outlines a solid product that adds some interesting ideas to the original formula. Ubisoft Sofia picks up the baton from Montreal and dives into Norse mythology to tell a story of revenge in the kingdom of the dwarves.

Odin travels to Svartálfaheim with the mission of rescuing his son Balder, who has been kidnapped by Surtr, sovereign of Muspelheim and fire giant. By the time the aesir arrives in the realm, chaos has already taken over the world. The dwarves have been subdued by the monarch of the flames and the few who have managed to escape his yoke hide in hidden havens. The plot is set after the mythological events of Asgard and Jotunheim, so it’s important to complete these sections of the base game before embarking on the adventure (and have reached level 340: an experience pack will be offered for those who want to try the content directly).

A revenge before Ragnarök

The main task of Havi – another of the names by which Odin was known – is to recover his offspring and avenge himself with cold and accurate revenge. And although to some he is a deity, not even a god can take down Surtr without allies. The signs left behind by the dwarves mark the way to the refuge, an exploration system that encourages you to search the terrain without using the markers on the map, although it does so timidly, since the indications are clear and unequivocal. It’s hard to believe the Muspell minions haven’t tracked them down yet.

In the interview that FreeGameTips had with Georgi Popov, narrative director of The Dawn of Ragnarök, the creative commented that Eivor’s role would be rather testimonial. Valka, the seer who lives in the Viking settlement of Ravensthorpe, prepares him for her transit with her magical arts and he falls into a slumber of gods.