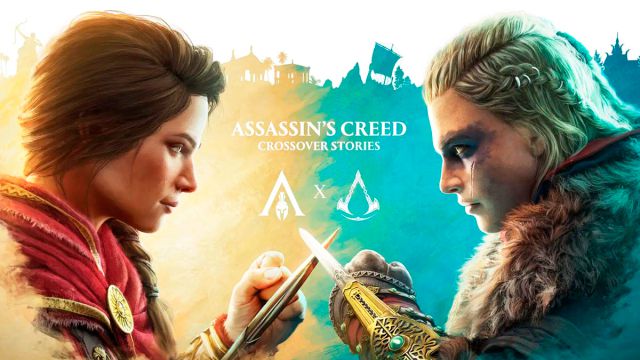 The first thing that stands out is that these contents are completely free, so you will not need anything other than the base game to immerse yourself in the adventure. If you have not completed Odyssey, it is recommended that you do it before, because it indirectly guts the end of the video game. If you wonder how it is possible that Kassandra, a character who lived in classical times, makes an appearance in the 9th century. d.c., this is due to something that happens in the main story and that we will not reveal to avoid plot spoilers.

A fated meeting, Eivor and Kassandra, together

When Assassin’s Creed Valhalla updates again, A Fated Encounter will be available to all players on December 14. This story arc begins in Ravensthorpe, the Viking camp that Eivor and the Raven Clan have established in England. The only requirements to access the content are to have arrived in England and have reached level 4 of the settlement. Near the cabin of Valka, the seer, you will find Edyt, an enigmatic character who will tell you that something horrible is happening on the Isle of Skye.

This new place opens up like a completely new map, although it is not one of the huge worlds of the expansions, but rather a more compact territory that still offers a few hours of exploration and fun. Apparently, the inhabitants of Skye are succumbing to terrible nightmares, to the point that some are going crazy. Without sense in the mind, uncontrolled, they attack their neighbors, reason why the blood has splashed the ground. Eivor begins to investigate and discovers that the locals are talking about the bearer of the Eagle, the culprit, apparently, of what is happening. Investigating him leads him to a cursed church.