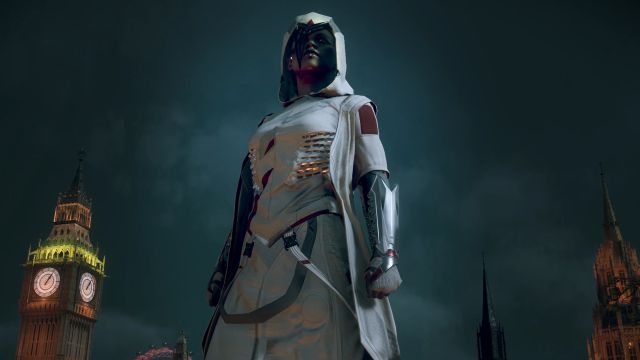 This is the content of Assassin’s Creed in Watch Dogs: Legion

Darcy, a current member of the Brotherhood of Assassins, will be added to the catalog of playable operators for all season pass holders. It will not only be available to play in the single player story mode, but also in the online modes. Its main characteristic is that it is equipped with the hidden blade, which will slightly vary its animations compared to the already known ones.

Don’t worry: the rest of the Assassin’s Creed items will be free to all players. This includes two unpublished story missions, which will take us to temples where the figures of some of the protagonists of the saga will appear, such as Evie Frye and Edward Kenway. Other world events related to the brand will also be added.

This crossover will land on August 24 on PS5, PS4, Xbox Series X | S, Xbox One, PC and Google Stadia. It will do so as part of update 5.5, which will be accompanied by other elements that will be added to the game. We refer to the Legion of the Dead game mode, which now officially lands on the console versions as well. The resistance mode will be added to the campaign, as well as two other aspects for multiplayer: Invasion and Extraction. This couple will be focused on PVP content.

Everything discussed will arrive at no additional cost to all those who have a copy of Watch Dogs: Legion. Darcy, the playable hero, is the only item that remains tied to the season pass.