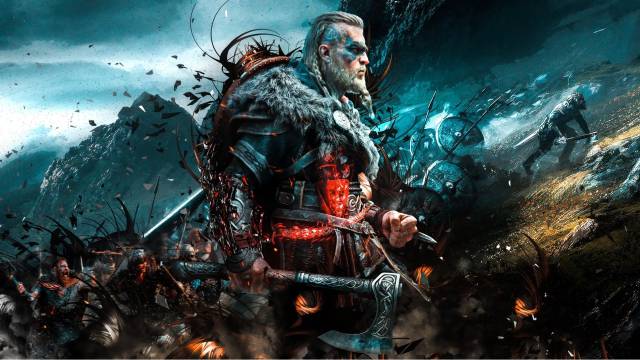 Assassin’s Creed: The French company ends the year of the pandemic with a profitability of 21% positive; it skyrockets in revenue and makes your franchises grow. Ubisoft has completed the fiscal year ended this past March 31, 2021 with record revenues of 2,241 million euros; a growth of 46% compared to the previous year. The French company, one of the video game companies with the largest capitalization in Europe, thus closes the course with operating income of 473 million euros and a profitability of 21%. Licenses like Assassin’s Creed have propelled the company led by Yves Guillemot to these excellent results.

The report issued to the media (Ubisoft FY21) breaks down the key points of Ubisoft in the year marked by the pandemic and house confinements. On the one hand, Assassin’s Creed breaks records for the franchise thanks to Assassin’s Creed Valhalla, celebrated by both critics and public, which records annual revenues 50% ahead of the previous installment. The sale of physical and digital copies of the game, the sale on sale of previous installments, added to a long-term profitability supported by season passes, expansions and DLC, mean that the series is in its best historical moment at the level of income.

For its part, the fireproof Rainbow Six Siege sneaks into the Top-10 most played video games in 2020 and registers double-digit growth in new players. It not only grows in players, but also in viewers, with a record audience in the regional esports leagues.

Ubisoft also declares that Brawlhalla, Far Cry, For Honor, Rabbids, The Crew and Watch Dogs also sign in 2020 “an important growth”. In turn, they call the growth of Just Dance as “spectacular.”

Immortals Fenyx Rising, the new intellectual property, considered one of the top of 2020 for its surprising quality, “maintains a constant rate of sales.”

The Big Comeback of the Chainsaw Man Doesn’t Live Up To...