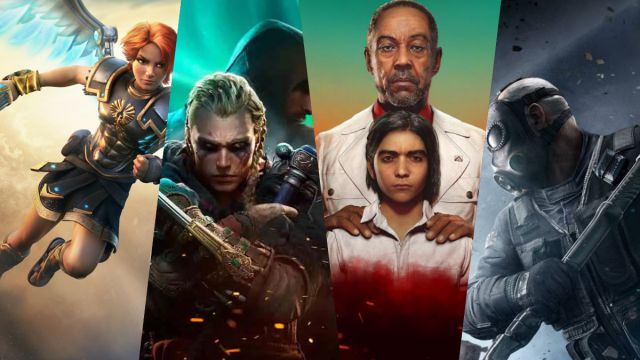 The French design their experiences so that players return to the product months after its launch, in line with the current trend.

Assassin’s Creed Valhalla is Ubisoft’s highest-grossing game at launch. The company has reported huge profits in the presentation of the results of the third quarter of fiscal year 2021, in which the title starring Eivor has had a lot to do with it. The game is also the paradigm of a business model that points to a very specific direction, that of video games as a service. This concept, which is generally associated with online or free-to-play products, has evolved throughout all these years, to the point that many commercial and single player-focused titles are adopting some of its characteristic elements.

Ubisoft has specialized in intellectual properties that tend to share certain common concepts, although the titles are very different from the thematic point of view. Assassin’s Creed, Far Cry, Tom Clancy’s Ghost Recon, Immortals Fenyx Rising, etc. They take place in vast and open worlds in which the player interacts through a system of main and secondary missions. The developers have come up with core mechanics that are tailored to their genre, but they all have common components of games as a service in common.

In today’s industry, many companies hope to keep the gamer’s attention beyond launch. Instead of opting for a time-limited experience, they try to extend the life of their products by months or years. For example, Assassin’s Creed Valhalla has a main story, which has a beginning, a middle, and an ending. However, Ubisoft appeals to players and tries to connect with them through new content, which is distributed periodically through the various updates. These are titles that continue to evolve, not only thanks to patches that refine the gaming experience, but also thanks to paid and free downloadable content.

Temporal events are not new, but they have been implemented in current triple-A video games on a more or less regular basis. In the specific case of Ubisoft, the adaptation has been progressive, although its main sagas already integrate them normally. Events invite the player to complete certain tasks or missions in a specified period of time. Beating them means discovering new stories and receiving juicy rewards. In Valhalla, the Yule Festival allowed us to visit a version of the settlement with winter prints. During those days we were able to participate in new drinking contests, enjoy special activities and solve the problems of some inhabitants, who as always had gotten into trouble. In short, new free content that outlines unpublished stories.

Here is a new feature from Facebook: Help the neighbor