Home Tech Ask Iwata will be out in English in April 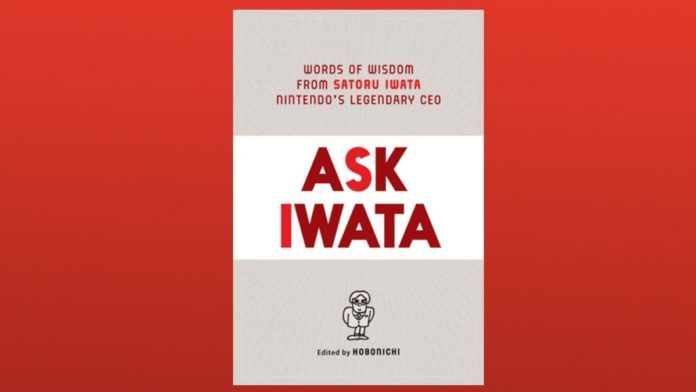 The book reviews the life and work of Satoru Iwata through his interviews and talks with personalities such as Shigeru Miyamoto and Shigesato Itoi (Mother).

Two years ago, in mid-2019, the Japanese publisher Hobonichi launched a book called “Iwata-san, a person you can trust”. In it he compiled all kinds of interviews with Satoru Iwata during the last years of his life, before a tumor in the bile duct took the former president of Nintendo at 55. Now Viz Media has taken control of the translation rights and has confirmed that the book will arrive in English in the West during next April. It received the title of Ask Iwata and it will be released on April 13, 2021 in the United States for $ 22.99, doing the same in the United Kingdom on the 15th, but for 18.99 pounds. Unfortunately, there are currently no plans to translate it into Spanish as well.

The meetings narrated in the book, of approximately 176 pages, are of a high journalistic and informative value, revealing biographical aspects of Iwata’s life and compiling details and anecdotes of his personal career, as well as his vision of the video game industry and his work method. Throughout its chapters, with interventions coming from the heart, such as Shigeru Miyamoto’s, Ask Iwata will narrate how Satoru would become president of Nintendo, what he did to lead and manage the groups under his charge, and what was his true personality in the private sphere. Always from the respect and affection of a publishing house like Hobonichi, which was founded by another of Iwata’s close friends, Shigesato Itoi, the designer and director of the Mother saga (Earthbound). The series, still today one of Nintendo’s cult jewels, would have come to nothing had it not been for Iwata himself, who was the one who listened to Ioti’s pitch and got him a team so that he could work on it.

And if the news of the translation of the book has invited you to remember the enormous impact of a personality like Iwata’s, not only for Nintendo but for video games in general, we recommend you go through the complete article to his person who signed our colleague Israel Mallén, entitled “The legacy of Satoru Iwata, Nintendo’s smile”.