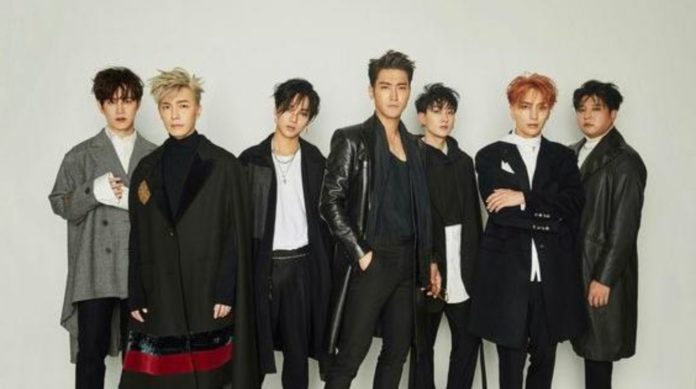 The K-Pop is partying since a few hours ago the Asian Artist Awards 2019 were held, an event that was full of impressive presentations, surprises and lots of fun. If you missed it, we bring to you a compilation of the best moments of the awards ceremony.

SUPER JUNIOR INVISIBLES
One of the most anticipated moments before the 2019 Asian Artist Awards began was the red carpet, where the idols paraded very elegantly. Fans were waiting for Super Junior members to make their appearance, however, they went straight to the event and their name on the screen was empty. LOL!

THE LAUGHS OF NANCY AND NAYEON
At a time when the presenters of the event approached the TWICE girls, Nayeon grabbed the attention by laughing so hard that he infected Nancy. LOL!

THE POWER OF AHGASE AND ELF
This was a great night for the GOT7 boys as they took the Best K-Culture award and also took the stage to perform their songs ‘You Calling My Name’, ‘Hard Carry’ and ‘Crash And Burn’. AhGaSe was not only there to support GOT7, but they also organized to carry a very large luminous sign with the name of the boy band. Aww!

Super Junior fans were not far behind as they lit up the blue and red event forming “I <3 SJ”. OMG!

CHAEYOUNG’S EARTH REACTION
The TWICE girls were one of the two winning bands to the ‘Best Social Artist’ category and, when they took the stand to cover their prize, Chaeyoung stole a camera as he approached with great tenderness to collect the trophy. <3

THE SUPER JUNIOR SURPRISE
The Super Junior boys took the AAA DONGNAM MEDIA & FPT POLYTECHNIC award and the idols’ reaction when the presenters pronounced their name was epic.

THE PORW OF SIWON
Siwon took the stand to receive his Best Icon award and received all the support of ELF, as well as his Super Junior teammates, who had a very emotional reaction to see how the idol was awarded. Aww!

BTS WIN AT THE VLIVE AWARDS AND ADD MORE AWARDS TO...