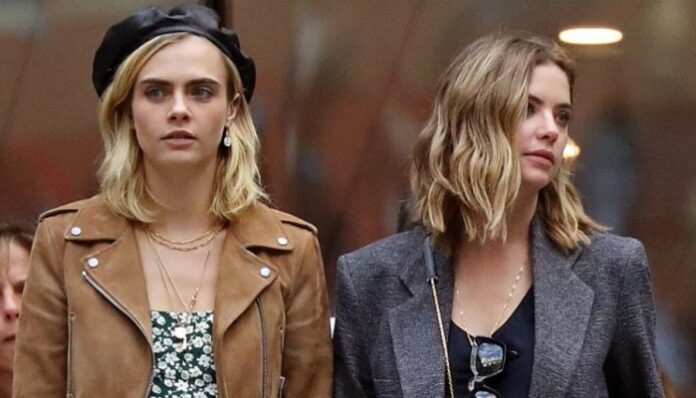 Ashley Benson could be unfaithful to Cara Delevingne with G-Eazy. The break between the two may have been the result of an infidelity with G-Eazy.

Afew days ago the split between Cara Delevingne and Ashley Benson was announced, according to E! Reports, the couple distanced themselves during the quarantine and finally separated.

The two met on the set of the movie her Smell, but it wasn’t until June 2019 that they confirmed their relationship publicly through an Instagram photo. On the surface, it appears that their breakup is due to an infidelity involving rapper G-Eazy.

A couple of photos of Ashley , known for her role as “Hanna” in Pretty Little Liars ” are circulating on social networks , the actress was captured in the company of G-Eazy , the images seem to be recent, since both wear masks to avoid the coronavirus .

The rumors were unleashed after these publications and believe that he cheated on the model with the rapper, ex-partner of Halsey, the singer told her love story with her with “Without me”, revealed that G-Eazy was unfaithful and exercised violence on her against, it even included clues about infidelity by the rapper.

So far, neither of them has given statements on the matter about their breakup and the reason that made them separate after a couple of years of relationship. The infidelity has not been confirmed, but it is not known if Ashley and G-Eazy are just friends, but they are apparently quarantining together.

The first reactions of the fans were immediate, and some consider that it was a mistake to leave the model for someone they consider violent and with a stormy past.

The couple had their ups and downs during their relationship, but it seems that the differences or fights they may have had led them to end their relationship officially after 2 years. The two had moved in together.