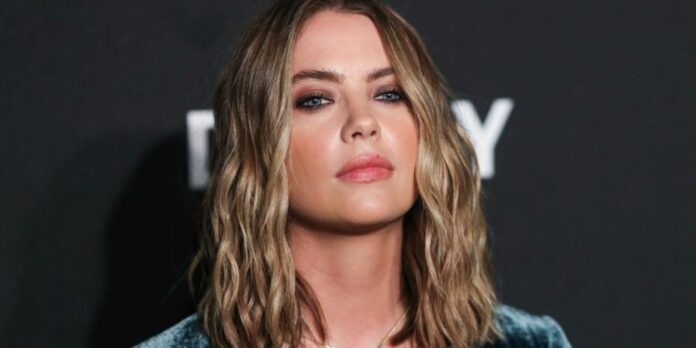 Ashley Benson and G-Eazy would confirm their romance with these photos. The new photos of the couple confirm the rumors that the two have a relationship beyond friendship.

After ending her 2-year relationship with Cara Delevingne, Ashley Benson has continued her life and it seems that she has already closed her love cycle with the model and given herself a new opportunity.

Since last month, rumors have circulated that the actress began a relationship with rapper G-Eazy, a former partner of Halsey, and who was pointed out as someone violent, both have been captured together and the new photos seem to confirm the news.

On social networks, new photos of Ashley and G-Eazy are circulating , who were seen taking a walk this weekend, but unlike the old images that were released, now the couple was captured holding hands, apparently, both they decided to give themselves a chance.

The first reports said that it could only be a friendly relationship, since the two met while recording a cover of the song “Creep” and have been going through quarantine together.

Some fans have reacted negatively, because after knowing his past with Ashley and the way he behaved with her, they consider that it is not a good option for the actress, but it seems that both are trying to see what happens between the two.

So far , Ashley has not confirmed the news , but it seems very comfortable at his side, going shopping and taking walks occasionally. It is unknown if G-Eazy was the reason for his breakup, if there was infidelity, or if Ashley had feelings for him before breaking up with Cara.

Despite the rumors of infidelity against the actress, Cara Delevingne came to her defense and assured that nobody knows the truth of what happened between them, so she made a request that they stop spreading hatred against Ashley.