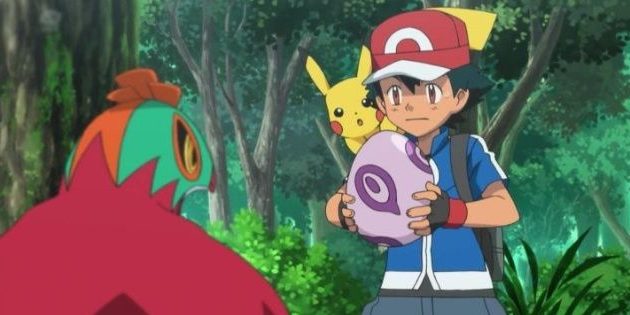 The new Pokémon anime has bypassed the convention and largely ignored the new Galar region of “Pokémon Sword and Shield”. This includes new additions to the Ash team which this time has been surprising with Mr. Mine, Dragonite and Gengar.

The question from this magazine,
Which pokemon will be born from this egg?
"Tyrogue,Grookey,Sobble ,Munchlax or Riolu?"
It will revealed on April 12 broadcast

The new anime has surprised us a lot due to the character development Ash has had, and now it seems that it will be surprising once again by giving Ash another Pokémon egg.

Ash Ketchum has hatched a few eggs over the course of the story, and a new promo for the April 12 episode anticipates that he may soon be getting a new addition to his team.

The promotion of the chapter even implies that it could be a Tyrogue, Grookey, Sobble, Munchlax or Riolu. There is no guarantee that this Pokémon egg is from Ash explicitly, as it is most likely an egg hatched by Professor Sakuragi.

We hope that it will be a fighting type Pokémon, as it is the only type of Pokémon in Ash’s team that is missing to have the final team.