Home Entertainment As Wendy Williams determines the future of the post-talk show, her fans... 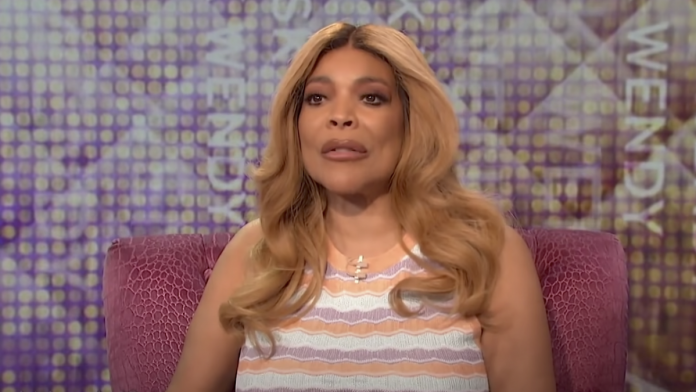 Just a few weeks ago, talk show fans witnessed the end of an era when the last episode of “The Wendy Williams Show” aired. The fan-favorite series ended after 13 years, and the main host wasn’t really there. Williams, who has had guest hosts constantly replaced since last year, is currently in the process of planning her future after the talk show. Meanwhile, Sherry Shepherd is going to take over the veteran host’s former time slot with her own program. Avid fans are most likely regretting Williams’ departure, and unfortunately for them, they’ve just received some more bad news.

It would seem that the presence of the Wendy Williams Show on the network disappears after its cancellation. The show’s official YouTube channel, which hosted a significant number of clips from various interviews, has been deleted. In addition, domains for the show, such as “wendyshow.com ” and “wendywilliamsproductions.com “, no longer redirect users to resources for production. Variety notes that the first one just gives an error message, and the second domain is now up for auction by Go Daddy.

Deleting a YouTube channel is a serious blow to long—time subscribers of the program. There is a chance that many people continued to visit the account to watch some of the most memorable moments of the cheeky media personality. Given the cancellation and rebranding of Sherry Shepherd, to be honest, it was probably only a matter of time before these frames became unavailable. However, this is sure to disappoint some, since the channel was the only public place where archived content could be accessed.

Over time, the reality of the demise of the “Wendy Williams Show” begins to be realized. Fans experienced a real shock just a few weeks ago when it became known that the purple Williams chair and other memorabilia were “thrown in the trash.” trash.” This includes the former presenter’s famous wigs, which she reportedly never returned to pick up. Although it’s not too surprising to hear that she didn’t notice any moments, especially since she was apparently very focused on the next steps in her career.

With her health and financial problems apparently behind her, the star initially seemed to be eyeing a return to television. The presenter said during an interview back in March that she was preparing to return to her old job within a few months. And by April, the source claimed that she was “ready to work.” However, a recent report suggests that her new career plan includes a podcast in which she will interview a host of celebrities. Her manager even claimed that the star had already contacted some famous celebrities about a possible appearance as guests.

Sherry Shepherd, on the other hand, is looking forward to headlining her own talk show, which will premiere in September. All the while, she spoke candidly about the legacy of Wendy Williams, paying tribute to her for paving the way for other TV presenters. Shepherd, who clarified that she and Williams are “not friends,” also helped pay tribute to her in the show’s latest episode. Discussing her successor, Williams said she liked Shepard, but cast a shadow when “not watching her” because “I know what she’s going to do, and it’s really none of my business.”

Honestly, it’s strange to know that we won’t be able to experience this trademark acrimony through clips from past episodes of the Wendy Williams Show. I believe the fans still have memories, at least, and they can hold out until the star is ready to return to the media space.

Iron Man’s Coolest Helmet was wasted on his ugly Armor