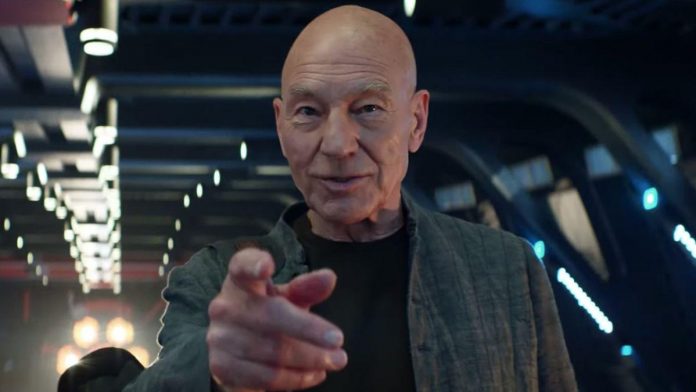 After the exciting conclusion of the second season, “Star Trek: Picard” is on the last stretch of his life. The third season will be the final for the series, and Paramount+ subscribers will see Jean-Luc Picard reunite with the characters of the “Next Generation” for the last adventure. After that, it’s unclear what the future holds for the characters, although co-showrunner Terry Matalas has already hinted at possible spin-offs.

Terry Matalas appeared as a guest on the Inglorous Treksperts podcast (via TrekCore) and answered a question about his plans for the future in the Star Trek universe after Picard ends. People clearly want to know if Matalas will continue producing shows for the franchise after season 3, and the showrunner gave a very cryptic answer:

Uh…. uh…. [pause] …if this was a print interview, would you say: “The showrunner was smiling devilishly.” I think for me this is a period of time in the Star Trek universe where I would like to spend more time. Deep Space Nine, Voyager, and Next Gen have at least 30 legacy characters you’d like to check out and see — you won’t be able to get to them all in [‘Picard’] Season 3.

The co-showrunner made the right point. There are a lot of outdated characters who are still hanging out in space during the time period in which the show takes place, but Picard had so much time to get to them. Even Wesley Crusher couldn’t have fun in the third season after his unexpected appearance in the second. So I’m sure there are other great characters that won’t be in the final season.

In addition to his answer, Terry Matalas mentioned the name of a character that many Star Trek fans: The Next Generation and Deep Space Nine know well. He also teased that Picard’s fans would be interested in one particular person’s return and would want to know what would happen next.:

We’re not getting to Miles O’Brien. I’d like to get to Miles O’Brien! However, there are people — I could tell you one name right now, and you would think: “My God, I want to know what’s going on!” You’ll find out. So I would like nothing more than to stay in the year 2401 to tell more Star Trek stories in this universe… that’s all I’ll say.

The “Star Trek” showrunner didn’t say a ton, but said enough to indicate that there may be plans for more shows that will follow outdated characters in 2401. It’s possible that we could see someone like Captain Janeway back in action, given the character’s character presence in Star Trek: Prodigy and Kate Mulgrew’s comments for CinemaBlend about appearing in live performances.

There’s definitely some potential for including Janeway or other characters from Star Trek: Voyager, given that “Seven of Nine” has already returned to the universe via Picard. There are also certainly not enough fans who would like to see Deep Space Nine return to action, and as it stands, there haven’t been many meaningful nods to this series in this new era. If the show or its characters get a sequel, I’m sure there will be a lot of excitement.

However, with so many new Trek shows already being prepared, one can only imagine when another one might be announced. Of course, with Section 31 seemingly on standby, while Michelle Yeoh pursues other roles. So it’s possible that another show that’s in development could take its place. We can only wait and hope that everything Terry Matalas teases will be as exciting as Star Trek: Picard.

Star Trek: Picard Season 3 will be on Paramount+ in 2023, and while you’re waiting, stream other Trek shows, both classic and current.